5. A gateway to 55 jurisdictions worldwide

In 2020, Eurojust continued to expand its close-knit international network, which by the end of the year had formed a true gateway for prosecutors across the European Union to 55 jurisdictions worldwide.

* This designation is without prejudice to positions on status and is in line with UNSCR 1244/1999 and the ICJ Opinion on the Kosovo Declaration of Independence. 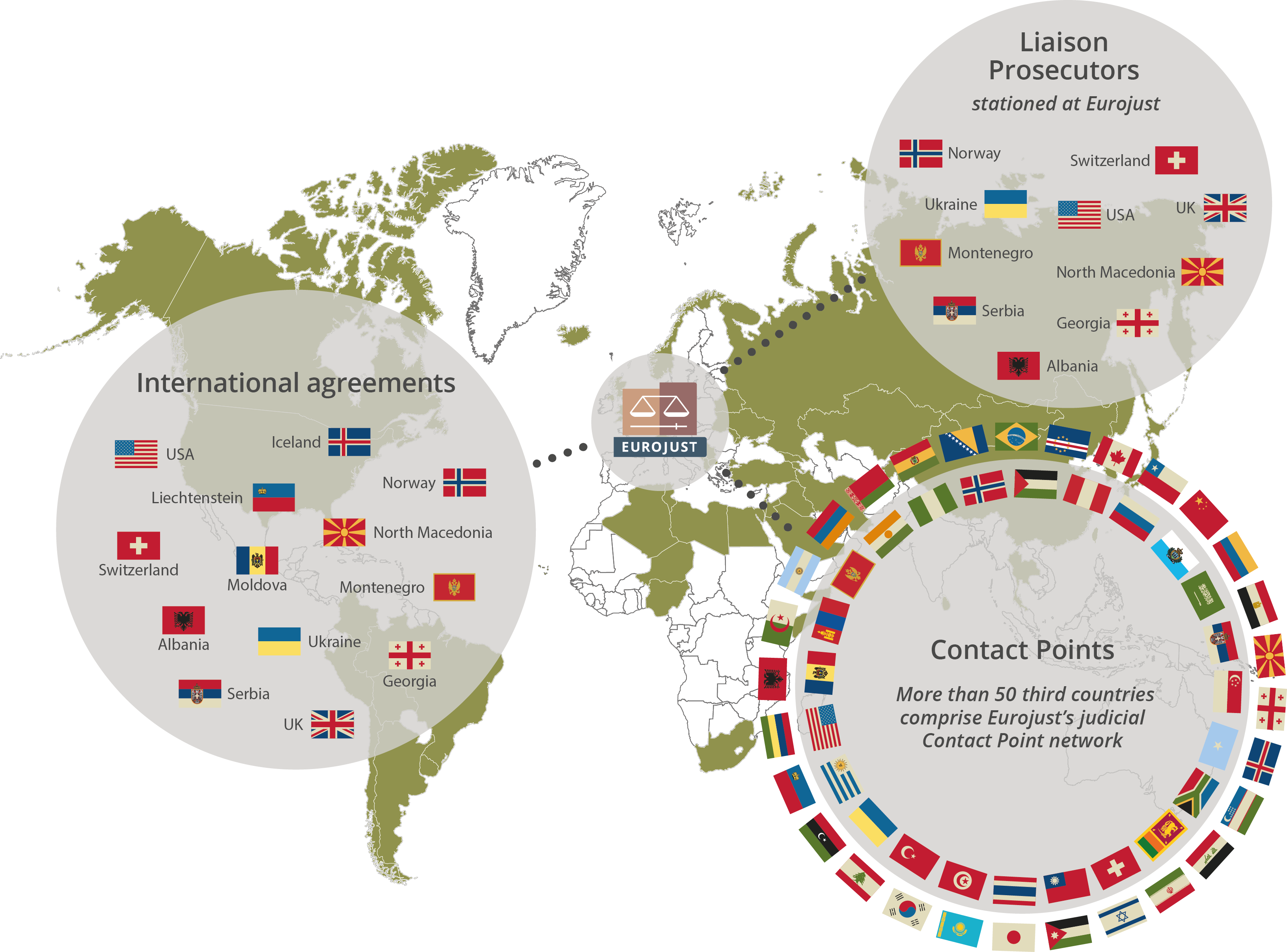