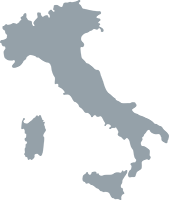 The Italian Desk is headed by Filippo Spiezia, who is the National Member for Italy since January 2016 and Vice-President of Eurojust since December 2017.

Filippo Spiezia was appointed National Member for Italy in January 2016. He was elected as one of the two Vice-Presidents of Eurojust in December 2017. He began his legal career in 1991 as a public prosecutor, and was appointed Anti-mafia Public Prosecutor in 2003. He also worked in the Italian Justice Superior Council as a member of the Scientific Committee, dealing with judicial training for judges and prosecutors. He served as Deputy National Member for Italy at Eurojust between 2008 and 2012, leaving Eurojust to join the Anti-mafia and Anti-terrorism National Directorate, for which he coordinated investigations of organised crime and terrorism. At the Directorate, Mr Spiezia was in charge of the unit dealing with international judicial cooperation and was appointed National Correspondent for Eurojust. He is the author of several books on judicial cooperation and the fight against transnational crime, including trafficking in human beings and corruption. He has been invited to speak at many national and international conferences and has lectured at the main Italian and EU academies. In 2003, he was awarded the Falcone and Borsellino Prize for his legal textbook, Trafficking and exploitation of human beings. In 2018, he received the Paolo Borsellino National Award for his commitment in the fight against organised crime.