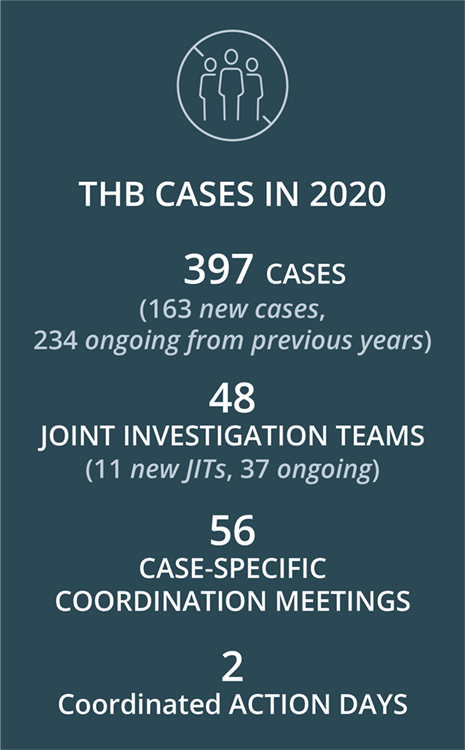 Cross-border trafficking in human beings (THB) cases require close coordination, and difficult and demanding investigations with links to one or more countries. They reveal the prominent role of OCGs that often move themselves and their victims around quickly, within and across multiple jurisdictions. When gaps in judicial cooperation appear, the victims are the ones who suffer.

In 2020, Eurojust helped to assist in successfully bringing human traffickers to justice, while identifying, rescuing and protecting the victims in nearly 400 new and ongoing cases. JITs were effective in ensuring common investigative interests and were allowed to quickly adapt to the mobility of traffickers and the changing investigative needs in each jurisdiction, division of responsibilities, participation in each other’s investigations, including through secondment of specialised officers in interviewing victims.

‘Cross-border THB investigations have never been an easy task for prosecutors and police officers. Close cooperation and coordination between the competent authorities in different jurisdictions and the use of the support tools available at EU level are essential in conducting successful THB investigations.’

Daniela Buruiană, National Member of Eurojust for Romania until 31 December 2020 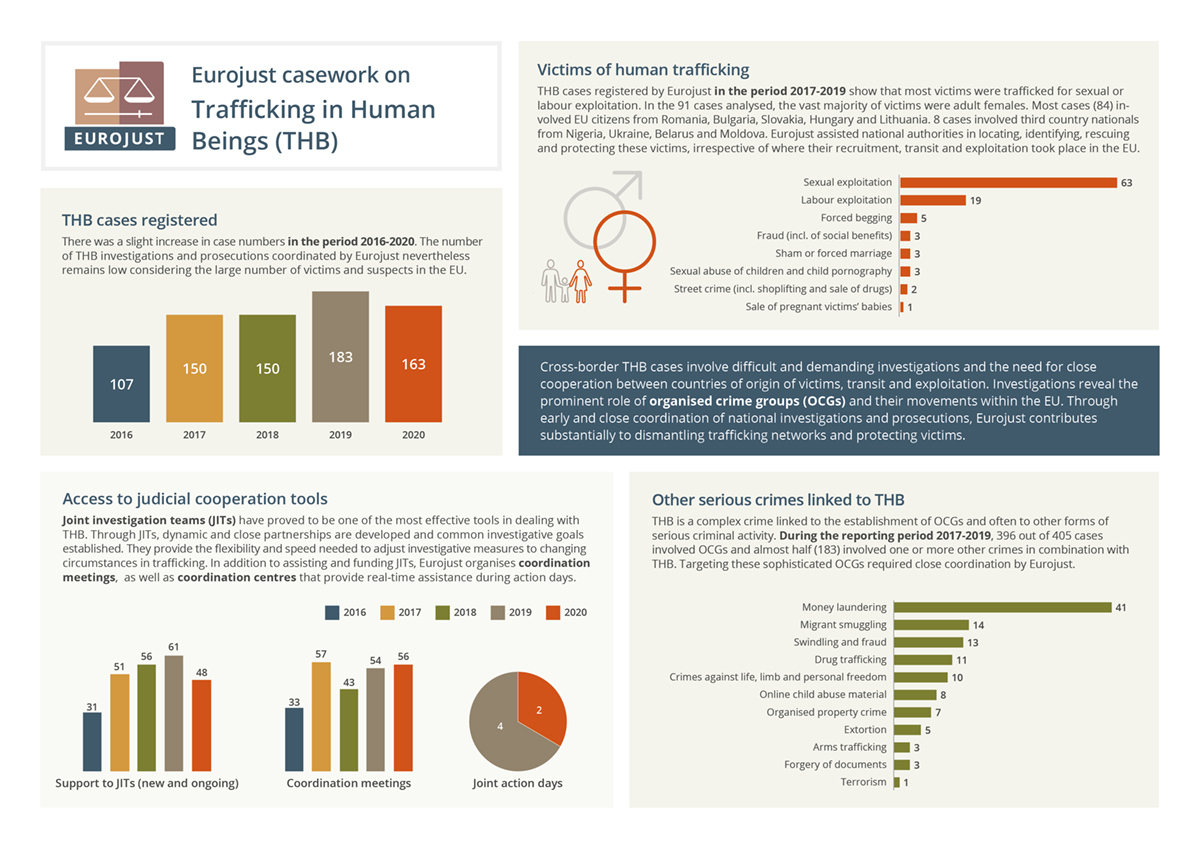 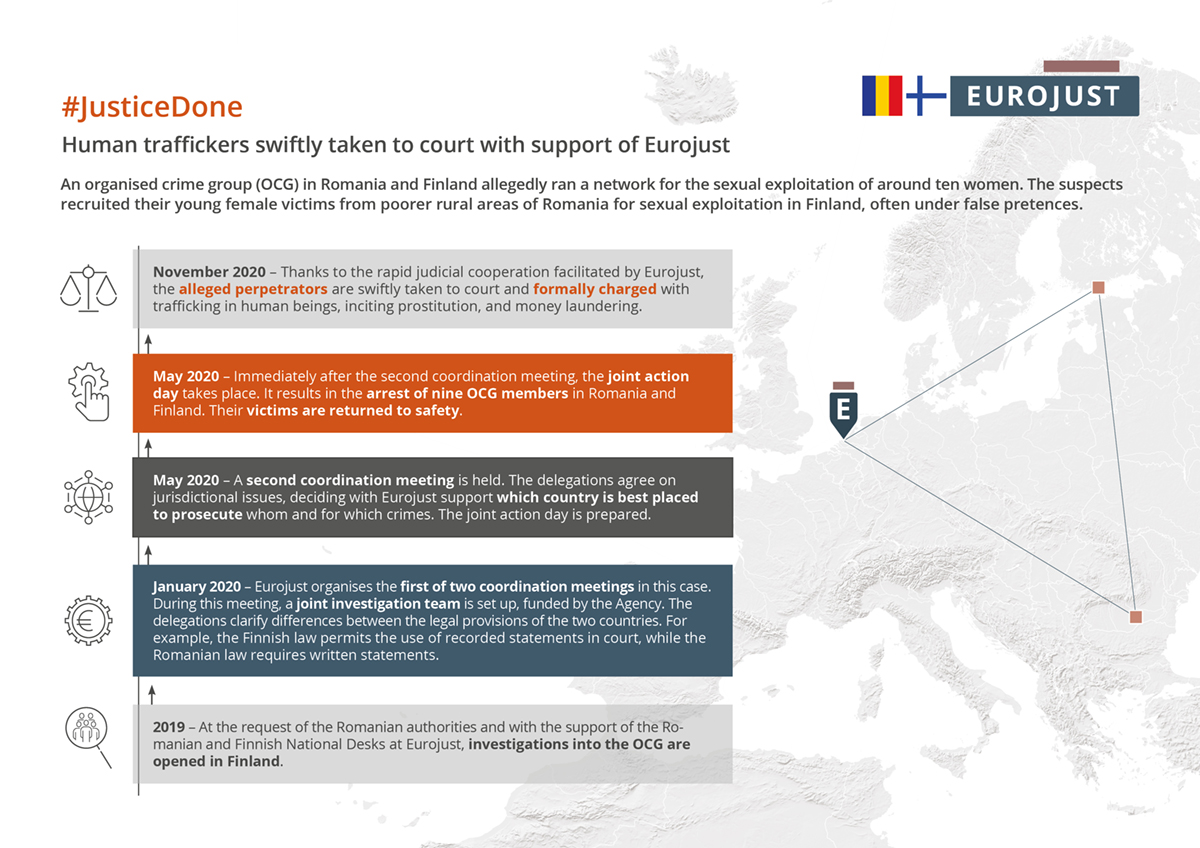 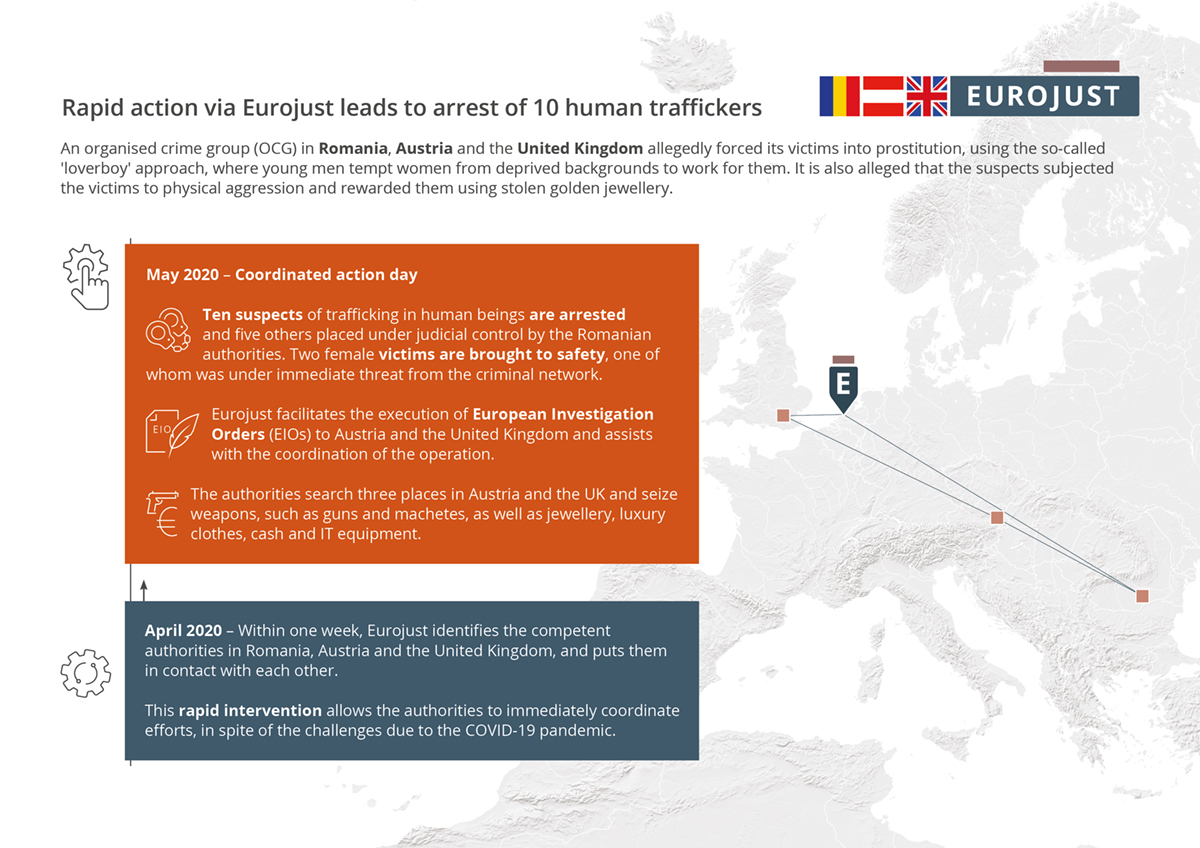