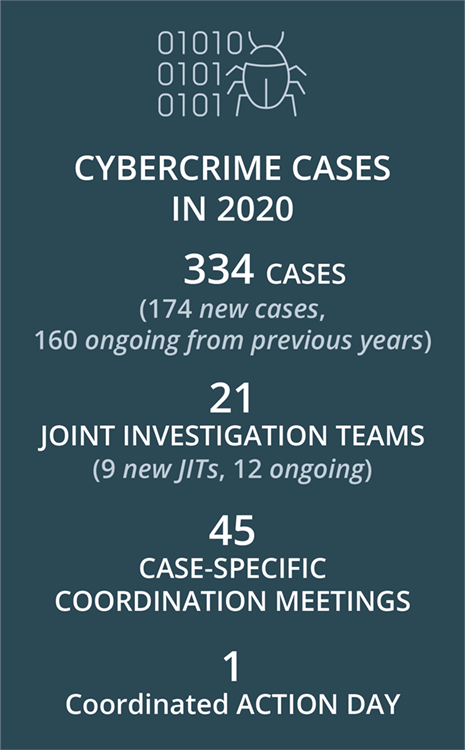 Cybercrime is a growing and fast-evolving crime area which accounts for a substantial share of Eurojust’s overall casework, and there is a growing overlap between crimes that originate on the Internet and cyber-enabled crimes such as terrorism and money laundering.

Major operational outcomes in 2020 in the area of cybercrime coordinated through Eurojust included:

‘Swift handling of judicial requests is a crucial factor in addressing the issue of the volatility of data and filling gaps arising from the application of different domestic data retention rules. Early involvement of the judiciary and Eurojust in cybercrime operations makes it possible to ensure that data are collected in compliance with the applicable rules during the investigation phase so that it can become admissible electronic evidence in subsequent judicial proceedings.’

Teresa Magno, vice-chair of the Cybercrime team of the Eurojust College

The growing sophistication of cybercrime-related tools and practices such as encryption presents further challenges to investigators and prosecutors, used by criminals in attempts to avoid detection and prosecution by hiding data and evidence. Swift handling of judicial cooperation requests is crucial and makes it possible to ensure that data are collected promptly and in compliance with all the applicable rules during the investigation phase. In turn, this makes the information become admissible electronic evidence in subsequent judicial proceedings. One such example was a joint investigation by French and Dutch authorities that made it possible to dismantle the encrypted network EncroChat that was widely used by criminal networks. 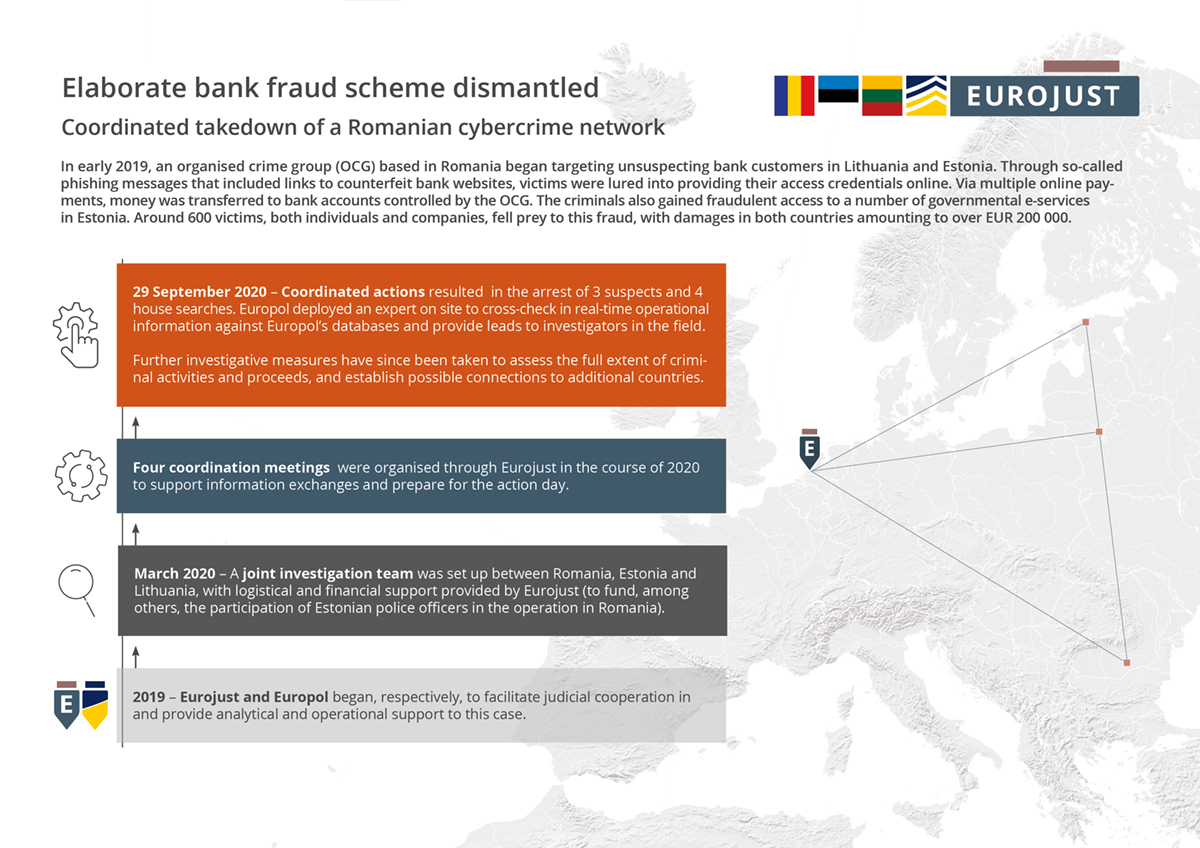