Judicial authorities and police in Italy and Romania, with Eurojust and Europol support dismantled a criminal network responsible for big-scale financial fraud, cybercrime and money laundering. The illicit profits are estimated to over €20 million resulting from the losses suffered by citizens throughout Europe. 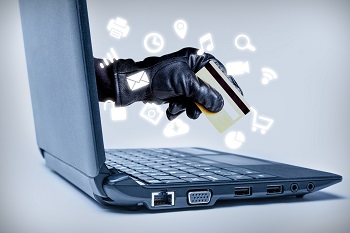 12 suspects were arrested today (8 in Italy and 4 in Romania), including the two leaders of the organised criminal group (OCG). 12 house searches took place and several assets were seized, including vehicles, credit cards, jewellery, properties, and a numismatic collection with an overall estimated value of over €1.5 million.
The organised crime group (OCG) dismantled today is one of the most important transnational criminal networks discovered so far in Italy, operating in financial frauds and cyber scams such as purchase of non-existing goods and services, rental fraud (fraud through the advertisement of inexistent properties to rent), computer phishing, clone-sites phishing (impersonating of a company to trigger large transfers to bogus accounts). With these frauds, the criminals were tricking victims across Europe into making wire transfers to Italian bank accounts, owned by entities used as money mules. This way the criminals were laundering the criminal proceeds resulted from this the cybercrime activities, estimated to have caused €20 million losses for citizens throughout Europe.
Today's action day, coordinated by Eurojust, was the result of intensive cooperation between the judicial and law enforcement authorities in both countries.
The investigation was conducted in Italy by the Postal and Telecommunications Police of Genova with the support of the Central Unit of the Postal and Telecommunications Police, under the supervision of the Public Prosecution Office in Genova. In Romania, the Directorate for Investigating Organized Crime and Terrorism (Central Structure, Valcea and Bistrita-Nasaud Territorial Offices), Public Prosecutions Offices attached to Bucharest Tribunal, Court of Appeal Pitesti and Court of Appeal Cluj executed the coordinated judicial activities.
Several Romanian police units were involved, respectively Dambovita County Police, Services for Combating Organized Crime Valcea and Bistrita-Nasaud, Service for Criminal Investigations Valcea.
Eurojust played a key role in the judicial cooperation by facilitating the exchange of real-time information between the involved judicial authorities, and providing support in order to plan the operational activity carried out today.  During the joint action day, Eurojust coordinated the execution of several European Arrest Warrants, European Investigation Orders and legal procedures for seizing the proceeds of crimes.
Europol supported the operation by facilitating information exchange, providing analytical and operational support.