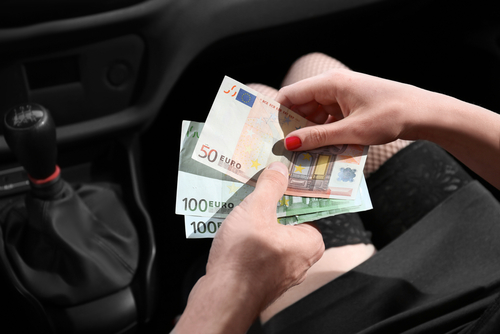 Eurojust actively supported the national authorities of 15 countries in taking down an organised crime group (OCG) involved in pimping and money laundering. Eurojust swiftly set up a joint investigation team (JIT) with Spain, Finland and Sweden to speed up the criminal investigations into the OCG. 11 EU Member States and 4 third countries participated in a joint action, coordinated by Eurojust, which resulted in the arrest of the main suspects of the OCG in Malta, Romania and Finland. Almost €0.5 million in cash, as well as equipment, illegal assets, such as luxury items, false documentation, and cryptocurrencies were seized, and several web domains were confiscated. Companies' shares and bank accounts worth €1.5 million were frozen and 17 house searches were carried out.

Criminal activities of the OCG

In April 2016, the Spanish authorities initiated an investigation into an OCG, suspected of money laundering of illegal proceeds, which were obtained through aggravated pimping in Nordic countries. Due to the cross-border dimension of the investigation, a Eurojust case was opened in 2016, which targeted the Finnish leader of the OCG. From his base in Marbella, Spain, the alleged main suspect managed websites advertising sexual services offered by women of predominantly Nigerian origin, who worked as prostitutes in Finland and Sweden. A number of similar OCGs in various countries used those websites to also profit from advertising their victims' services.

The OCG leader owned several companies and bank accounts and performed his illicit activities in more than 15 countries. Some companies were registered abroad to disguise the criminal activities. The illegally obtained assets were channeled through intermediaries to international bank accounts and multi-currency IBAN accounts for the purpose of money laundering. The OCG also invested its criminal proceeds in cryptocurrency.

During the joint action day, Eurojust set up a coordination centre at its premises in The Hague to coordinate simultaneous operations in 15 countries, allowing for real-time exchange of information. Eurojust enabled the quick issuance of several European Investigation Orders towards Bulgaria, Germany, Estonia, Malta, the Netherlands, Romania and the UK. Eurojust also assisted in swiftly submitting mutual legal assistance (MLA) requests to the USA, Russia, Hong Kong, Panama and Colombia.

Through the JIT, Eurojust financed the deployment of 9 Spanish police officers to Malta, Romania and Finland. Europol supported the joint operations by deploying mobile offices in Spain, Malta and Finland and by participating in the coordination centre set up at Eurojust.

Eurojust's involvement was instrumental in coordinating the actions of all countries in this multinational case. The setting up of a JIT allowed for swift evidence gathering and information sharing. Eurojust assisted in overcoming legal obstacles by advising on a jurisdictional issue and reaching an agreement on the best place to prosecute. In this way, Eurojust helped to bring the prosecution against the main suspects in Spain. Without Eurojust in the lead, the success of the criminal investigation and the joint operation, as well as the immediate judicial follow-up to the case, would have been impossible.

The Judge of the Investigative Court n. 4 in Torrevieja, Spain, the Anti-Trafficking in Human Beings Brigade n. IX of the Spanish National Police, the Central Unit against Illegal Immigration Networks (Unidad Central de Redes de Inmigración Ilegal y Falsedades Documentales  UCRIF CENTRAL) and the Anti-Money Laundering Brigade of the Provincial Squad of the Judicial Police in Alicante (Brigada Provincial de Policía Judicial de Alicante  BPPJ de Alicante) were the Spanish authorities involved in the national and joint investigations in the context of the JIT, as well as the joint action day. The actions were also supported by 9 Spanish local police units and law enforcement authorities from 15 countries.