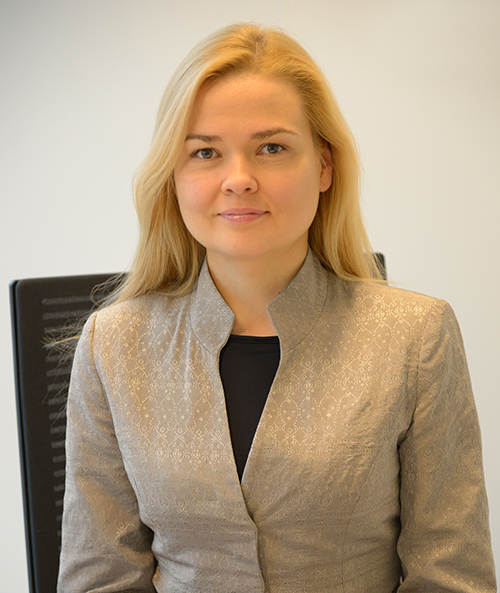 Ms Laura Vaik took up her duties as the new National Member for Estonia at Eurojust in March 2019.

Throughout her professional career, Ms Vaik participated as an expert in cross-border cooperation against organised crime in various international forums, committees, and organisations, inter alia the Council of Europe. In that role, she made a valuable contribution to fighting money laundering, financial crime and corruption, and she provided specialised training to prosecutors, judges and other judicial practitioners.

Ms Vaik's first position was Assistant Prosecutor at the Department of Financial Crimes of the Estonian Northern District Prosecutor's Office; she was promoted to District Prosecutor in 2001. In 2003 - 2004, she served as a docent of general provisions on penal law at the Public Service Academy of Estonia.

In the period 2005 - 2019, Ms Vaik occupied the position of State Prosecutor at the Prosecution Department of the Prosecutor's General Office of Estonia, and subsequently at the Internal Control Department of the same institution. From 2008 to 2011, prior to her appointment as National Member for Estonia, Ms Vaik worked as a seconded national expert to the Estonian Desk at Eurojust.

In the context of the Estonian Presidency of the Council of the European Union in 2017, Ms Vaik joined the DROIPEN Working Party on Substantive Criminal Law, which works to align national provisions of substantive criminal law. In 2006 and 2013, she was one of the nominees for the title of 'Prosecutor of the Year' in Estonia. In 2011, she also published an article on Problems and Perspectives of the European Public Prosecutor's Office in the Estonian judicial magazine Juridica.

After her appointment to Eurojust, Ms Vaik said: 'I am delighted to return to Eurojust as the new National Member for my country after my previous secondment to the Estonian Desk. It is a special honour for me to represent my country at an organisation that has contributed so much to fighting transnational organised crime and has a lot more to offer. I will dedicate all my experience and efforts to Eurojust's goals and stronger cooperation with Member States and third countries. Only together can we target more criminals and better protect our fellow European citizens.'