The judicial authorities of Estonia, Latvia and Slovakia will become members of the joint investigation team (JIT) on alleged core international crimes, which has been set up with the support of Eurojust. The Prosecutors General of the three EU Member States signed an agreement to join the JIT, together with their counterparts from Lithuania, Poland and Ukraine, during a coordination meeting hosted by Eurojust yesterday and today. The JIT was set up on 25 March by Lithuania, Poland and Ukraine, and the Office of the Prosecutor of the International Criminal Court (ICC) became a participant last month.

The membership of the three countries was announced today during a press conference at Eurojust by Ms Iryna Venediktova, Prosecutor General of Ukraine. The main aim of the JIT is to facilitate investigations and prosecutions in the concerned states as well as those that could be taken forward before the ICC.

The joining of the JIT by Estonia, Latvia and Slovakia reinforces the clear message that no effort will be spared in gathering evidence on alleged core international crimes committed in Ukraine and bringing those responsible to justice. The fact that the JIT was already set up in March is a sign of the rapid response that is enabling close cooperation and an effective and swift exchange of information and evidence. 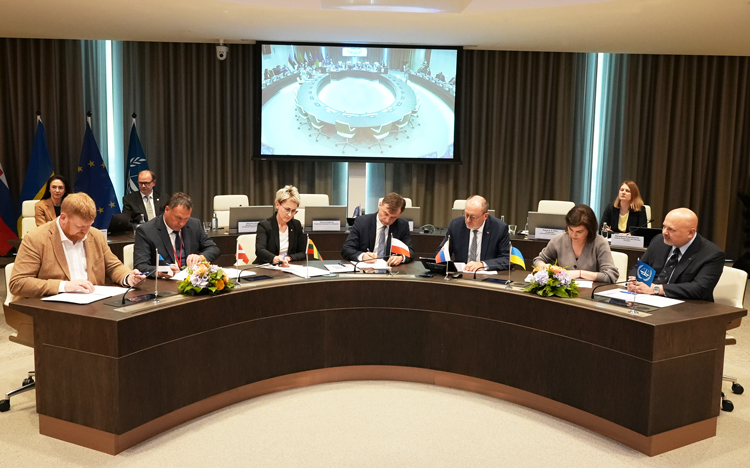 Eurojust will continue to support the JIT partners throughout the entire process with operational, analytical, legal and financial assistance. The Agency also accommodates coordination and cooperation between all national authorities, which have initiated investigations into alleged core international crimes.

A recording of the press conference is available on the Eurojust YouTube channel.