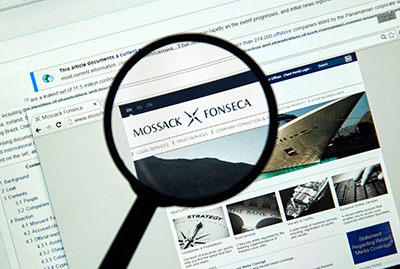 On 13 and 14 February, a third coordination meeting was held at Eurojust regarding investigations into alleged criminal activity connected to the law firm 'MF'.

The 'MF papers' investigation represents an unprecedented case of large-scale international money laundering in which international judicial cooperation has been crucial.

Eurojust is playing a pivotal role in bringing together all the competent authorities of EU Member States and third States, facilitating the exchange of information and ensuring the coordination of investigations.

During the meeting, the Panamanian authorities informed the participants of the state of play of their national proceedings and their new legislation on tax evasion, which will enter into force at the beginning of March and will simplify judicial cooperation with foreign jurisdictions.

Prosecutors from the Office of the Attorney General of Panama made the following statement: 'Panama is a country on its way to overcoming some obstacles identified by international observers, and is now making unprecedented efforts in the fight against organised crime. For these reasons, one of the main priorities of the Attorney General of Panama is to strengthen international cooperation, as we are doing with Eurojust and with the Ibero-American Association of Public Prosecutors, over which we preside.'

The two Eurojust Vice Presidents, Messrs Klaus Meyer-Cabri and Filippo Spiezia, made the following statement: 'We recognise the spirit of great international cooperation showed by the Panamanian authorities since the first meeting in this Mossack-Fonseca case. The new legislation on tax fraud recently adopted by Panama can be considered as a milestone in the fight against organised crime, because it leads to greater worldwide judicial cooperation. We congratulate the Office of the Attorney General of Panama for the excellent results achieved so far in their investigations and we are grateful for the comprehensive cooperation provided to EU authorities.'