Eurojust is hosting the largest meeting ever of prosecutors who specialise in tackling migrant smuggling on 19-20 October. The Eurojust Annual Meeting on Migrant Smuggling will focus on how to investigate the financial streams behind criminal networks and the effects of the war in Ukraine. In addition to participants from all EU Member States, prosecutors from the Western Balkans, Western Africa and the South Partner Countries (SPCs)* will share experiences and best practices during the meeting. 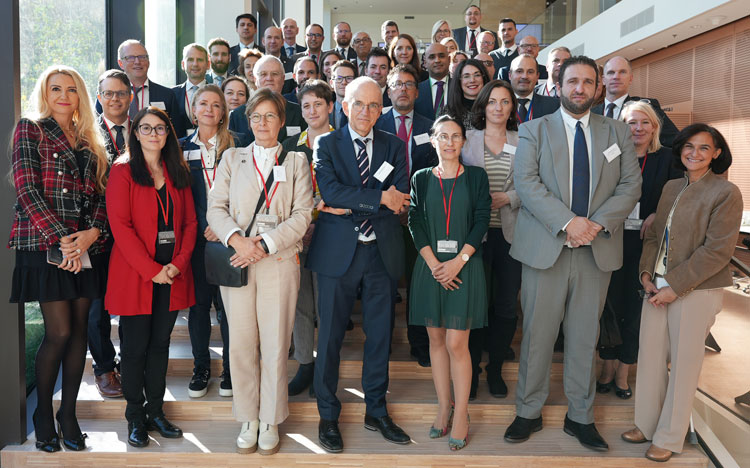 Chair of the Eurojust Anti-Trafficking Working Group and National Member for Romania, Ms Daniela Buruiana, said: Migrant smuggling is one of the fastest-growing cross-border criminal activities, which requires a global, multidisciplinary and transnational response. Efficiently fighting the organised crime groups operating worldwide by conducting successful investigations and prosecutions is crucial and needs proper support and assistance as well as specialised knowledge and expertise.

Through the years, Eurojust has been active in assisting the national authorities dealing with migrant smuggling cases to ensure effective judicial cooperation and coordination in the field. With the establishment of the Focus Group in 2020, a step forward was taken by creating a hub for prosecutors and investigative judges dealing with migrant smuggling cases to exchange best practices, discuss challenges and connect with relevant judicial actors at the international level. The meeting taking place these two days at Eurojust is both beneficial for practitioners and their cases and a testimony of the continuous commitment of Eurojust to contribute to the fight against migrant smuggling.

Mr Zacharias Symeou, Chair of the Migrant Smuggling Group at Eurojust and National Member for Cyprus, stated: The need for international and worldwide cooperation in the fight against migrant smuggling and human trafficking is now more paramount than ever. With the ongoing war in Ukraine and the increased flow of illegal migrants across the smuggling routes, the call for more intense judicial cooperation between all relevant actors is evident. This meeting, hosted at Eurojust, is a stepping stone for successful judicial cooperation in the field and provides support to judicial authorities in their fight against these phenomena.

This year’s Annual Meeting on Migrant Smuggling is the first hosted by Ms Buruiana and Mr Symeou as new Chairs and provides participants with an overview of the latest developments in operational models of people smugglers and routes. Practitioners from the EU and third countries, as well as specialists from Europol and the European Commission will provide updates on these developments and the effects the war in Ukraine is having on migrant smuggling and the criminal networks behind these crimes. The opening remarks will be made by Eurojust President Mr Ladislav Hamran.

Furthermore, the implementation of the renewed EU Action Plain against Migrant Smuggling will be presented. International cooperation is key, hence this annual meeting gathers the widest range of international practitioners, following the ‘whole-of-the-route’ approach. Cooperation in the Mediterranean was reaffirmed during the 4th EuroMed Forum of Prosecutors General, with SPC representatives, held last week at Eurojust.

During the second day, the main point of attention will be on how to investigate the financial streams behind migrant smuggling groups, who increasingly use cryptocurrencies. Furthermore, the use of the alternative ‘hawala’ banking system will be discussed.

Hawala is a way of financing, based on promises between partners to account for certain amounts, based on trust and without official documentation, and is often used for transactions for migrant smuggling services. Cooperation via public-private partnerships is a tool to tackle this alternative banking system as well as the rise of so-called digital smuggling (the use of social networks to publicise and lure migrant smuggling services) and will be elaborated on during the Annual Meeting.

The Focus Group on Migrant Smuggling will also present its results and working methods. This group was established in 2020 to enable the exchange of information and best practices between specialised prosecutors. In less than two years, the Focus Group has gathered more than 45 practitioners from the EU and third countries, specialised in the fight against migrant smuggling.

** This designation shall not be construed as recognition of a State of Palestine and is without prejudice to the individual positions of the Member States on this issue.