Yesterday, in Foggia, Italy, the Italian police arrested two members of a mafia group involved in a quadruple murder, committed in the countryside of Apricena on 9 August 2017. A suspect in these murders was himself murdered in Amsterdam on 10 October 2017. Eurojust was immediately involved and played a crucial role in linking the investigations of the murders that occurred in Italy and the Netherlands, and facilitated the international cooperation. 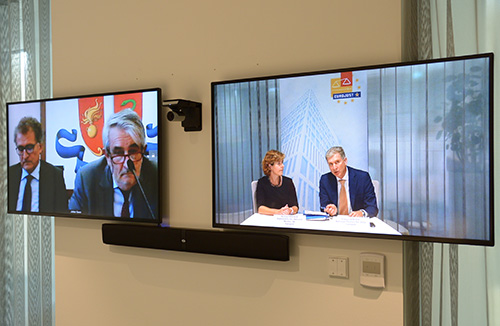 One of the suspects is accused of conspiracy to commit the quadruple murder. Both suspects are also accused of possession of weapons. The complex investigation was conducted by the Carabinieri of Foggia and by the Special Task Force 'Raggruppamento operativo speciale' (ROS) of Rome.

Only two months after the massacre in Apricena, on 10 October 2017, one of the suspects in the August murders, previously sentenced for drug trafficking in Italy, was killed in Amsterdam. Two days later, an Italian national confessed to that murder and revealed to the Dutch Police the location of the body in a suitcase in his car.

Due to the previous connections between the Amsterdam victim and his confessed killer, the Direzione Distrettuale Antimafia of Bari, with the support of Eurojust, requested the Dutch authorities to cooperate in the extradition of the confessed killer and the transfer of proceedings.

During questioning by the Dutch Police, the Amsterdam confessed killer revealed the involvement of his victim in the murders in Apricena. The Investigative Judge of Bari, at the request of the Public Prosecution Office of Bari, deduced that all the murders were committed by a mafia group.

On the basis of the above activities, the Investigative Judge of Bari, at the request of the District Direction of Organised Crime 'Direzione Distrettuale Antimafia', issued preventive detention orders against the two suspects.

Photo © Eurojust. Eurojust participating in a teleconference with the Tribunal of Bari.