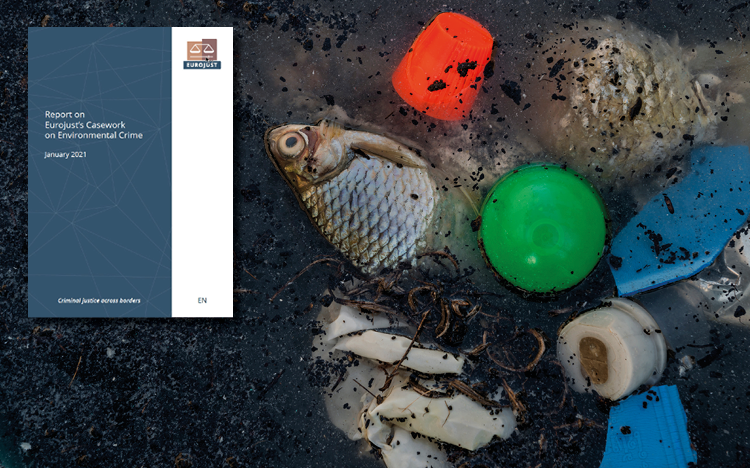 With environmental crime expanding rapidly on a global scale, Eurojust has presented a new report on its casework in this field. The report summarises experiences encountered in the cross-border criminal cases referred to the Agency between 2014 and 2018 and provides a concise overview of legal and operational challenges. The Report on Eurojust’s Casework on Environmental Crime highlights best practice which should help national authorities overcome these challenges and recommends ways to develop effective cooperation within the European Union and with partner countries.

According to an Interpol and United Nations Environment Programme, environmental crime is the fourth-largest criminal activity in the world, growing at a rate of between 5 % and 7 % per year. It endangers not only habitats and populations of wildlife but also entire ecosystems and living environments. Major environmental offences can generate very high profits and carry a relatively low risk of detection. Often, they’re committed by organised crime groups (OCGs) that operate across the EU’s internal and external borders.

In the five-year period from 2014 to 2018, EU Member States have asked Eurojust for support in nearly 60 major cross-border cases. This number of cases has been increasing as more cross-border judicial cooperation was required by national authorities due to the complex and international set up of OCGs behind environmental crime.

In view of the experiences gained, the report lists recommendations to tackle the rise of environmental crime, such as increasing the focus on conducting financial investigations and the profits of criminal networks. Also, more generally large-scale environmental offences should be recognised as organised crime.

Together with a multidisciplinary cooperation of judicial authorities, law enforcement and administrations, this would allow for a broader range of investigative tools and resources to be used. This can also help to open up the possibility of initiating cross-border investigations and consequently joint investigation teams. The recommendations of the report also propose solutions to increase the number of environmental crime cases coordinated at EU level and to improve judicial cooperation on such cases, involving Eurojust at an earlier stage.

The Eurojust report welcomes the European Green Deal of the European Commission, the new roadmap for making the EU’s economy sustainable across all sectors of society. Tackling cross-border environmental crime is essential to help realise these goals.

The report is aimed at members of public prosecution services and the judiciary in EU Member States who are dealing with investigations and prosecutions of environmental crime with a cross-border dimension. It may also support the work of policymakers and criminal-law practitioners from other national and EU authorities and bodies involved in combating transnational environmental crime.