France; Germany; Belgium and Spain call for the creation of a European Judicial Counter-Terrorism Register

On 20 and 21 June, the annual seminar on counter-terrorism, organised by Eurojust, took place. This year, Mr François Molins, District Chief Prosecutor of the Court of Paris, Mr Frédéric Van Leeuw, Federal Prosecutor of Belgium, and Ms Joëlle Milquet, Special Advisor to the President of the European Commission on the support to victims of terrorist attacks, participated in the discussions.

The conference focussed on two themes: the judicial response to persons returning to Europe from the combat zones in Iraq and Syria, and the support to victims of terrorist attacks.

A joint declaration by the Ministers of Justice of France, Germany, Belgium and Spain ( FR | DE | ES ) was distributed in the margins of the conference. It called for the reinforcement of the sharing of information with Eurojust on current investigations and convictions for terrorist offences.

Given the persistent terrorist threat that concerns the whole of the European territory, strong cooperation between judicial authorities within the European Union is actually indispensable. The Ministers call for the creation of a European Judicial Counter-Terrorism Register that will make it possible to proactively establish possible links between cases and to identify coordination needs for the investigations. The legal basis for working together is already in place (Council Decision 2005/671/JHA), which should be systematically applied in all Member States. 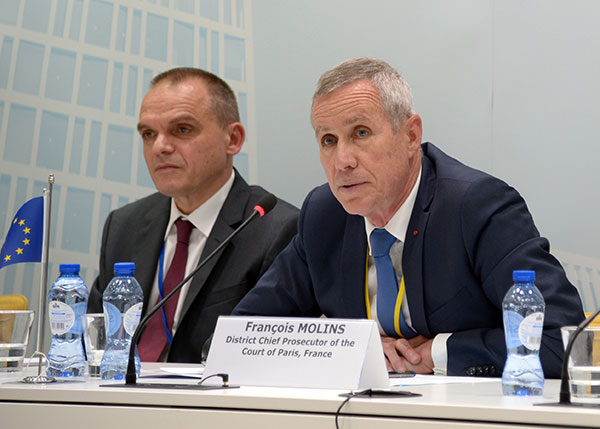 Mr François Molins said: The quality of judicial cooperation in criminal matters is a big challenge. We cannot work in silos in our countries anymore. We need an overall approach. To strengthen and bolster judicial cooperation, we need to go through Eurojust, the only European agency able to do that. [] Sharing information is also a major challenge in cooperation. Centralisation of information allows us to double-check it proactively and coordinate actions upstream. The more we share, the better we are able to intervene and distribute the workload between Member States in a smarter way.

Intensive coordination of the investigations after the Paris terrorist attacks 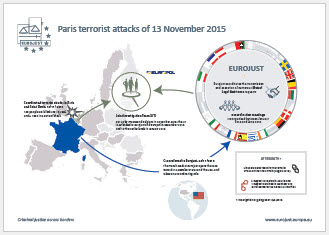 Between 2014 and 2017, there was a sixfold increase (from 14 to 87) in terrorist cases registered at Eurojust, including following the terrorist attacks on the Thalys train, Brussels, Nice, Berlin, Stockholm and Barcelona. Those cases are not only larger in number but also growingly complex and, in contrast to terrorism investigations before 2014, involve many different States. For example, in the aftermath of the terrorist attacks in Paris and Saint-Denis on 13 November 2015, Eurojust opened a case that, in addition to France, involved another 14 Member States and the USA. Numerous coordination meetings have since been held in Austria, Paris and The Hague. The collaboration uncovered possible links between the investigations into the attacks in Paris and other terrorism cases. As a result, two suspects arrested in Austria and one detained in Germany were successfully surrendered to the French authorities (click on image to enlarge).

Since 2013, Eurojust supports prosecutors to build solid cases against foreign terrorist fighters (FTFs). During the two-day meeting, the discussions centred on the various challenges that prosecutors face in this regard, such as digital evidence, the use of the specific crime of participation in the activities of a terrorist group, the prosecution of non-combatant women, the judicial response to returning minors, and obtaining battlefield information in a way that makes it admissible as evidence in court. In most Member States, returning FTFs who are found guilty face imprisonment. 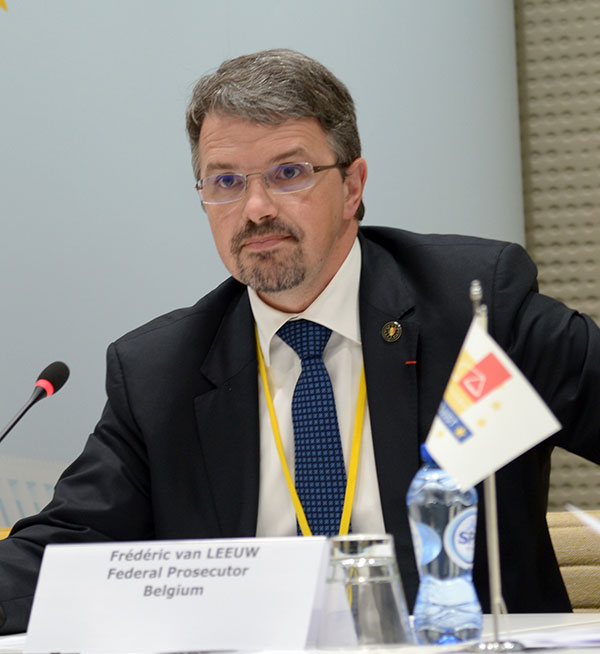 Mr Frédéric Van Leeuw, Federal Prosecutor, Belgium, said: The majority of the 2013 and 2014 returnees are young people. What position should we adopt, after they have gone a path not compatible with the values of our society, as they have collaborated actively with terrorist groups? [] We have to respect the 1989 Children's Convention, and not separate children from their mothers. Eurojust can unite different authorities and find common procedures in accordance with the fundamental values of our societies.

Giving priority to the rights of victims of terrorist attacks

Assistance and support to victims of terrorism are key elements of the European Union's counter-terrorism efforts. Eurojust has been assisting in a number of investigations into recent terrorist attacks in which support to victims was a major aspect of the international judicial cooperation efforts. 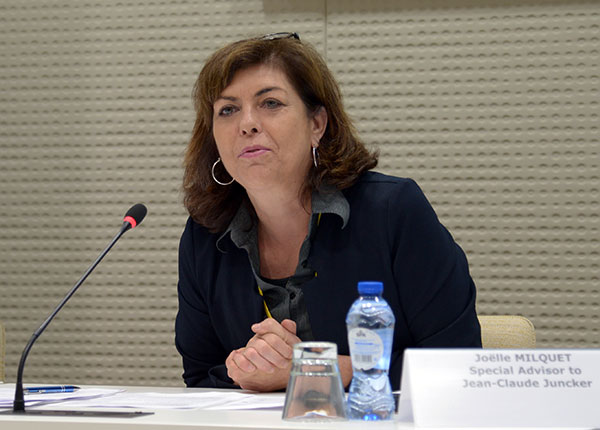 Ms Joëlle Milquet, Special Advisor to the President of the European Commission on the support to victims of terrorist attacks, said: We need an integrated approach at EU level and we have to set minimum standards, promote best practice, take pragmatic measures and adapt the existing directives. A common, precise definition of victims or of compensation to victims is required and one single focal point at national level. We can have a more structured coordination by involving other stakeholders, such as Eurojust and Europol.

Eurojust's mission is to unite the community of thousands of practitioners who, every day, everywhere in Europe, work hard to fight all forms of criminality, and combine their efforts to make Europe a more secure and just place. Just in the past year, 4 400 national prosecutors and senior law enforcement officials came from all Member States, from 30 different legal systems, seeking solutions to very concrete problems, such as how to coordinate different prosecutions against the same terrorist suspects, to avoid gaps, overlapping or conflict of jurisdictions, or to create a joint investigation team.

Eurojust's meetings on counter-terrorism were launched in June 2001. Unlike coordination meetings organised in the framework of ongoing investigations supported by Eurojust, Eurojust's meetings on counter-terrorism bring together judicial and law enforcement authorities dealing with terrorism matters and concentrate on a particular terrorist phenomenon or a specific aspect of the criminal justice response to terrorism.

Infographics on the coordination through Eurojust of counter terrorism cases: