Judicial practitioners from EU Member States and the South Partner Countries (SPCs), have for the first time exchanged operational experiences and best practices on preventing, investigating and prosecuting migrant smuggling offences, during a dedicated conference. The conference was organised in Athens by the Greek Ministry of Justice, within the framework of the EuroMed Justice (EMJ) programme. 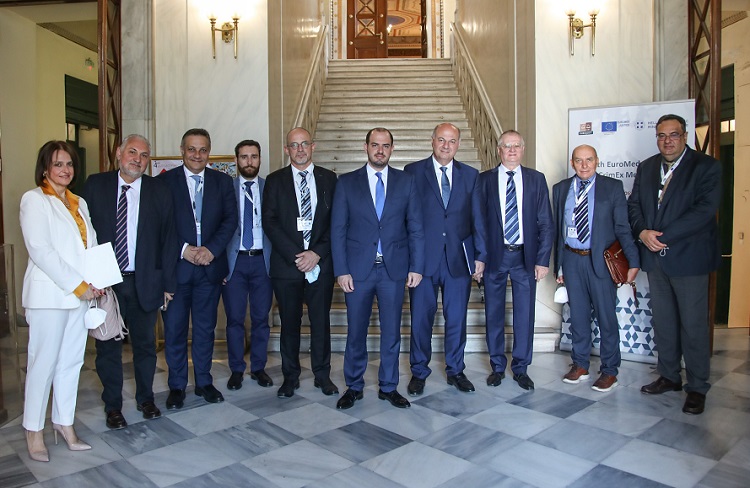 Tackling migrant smuggling is a strategic topic within EMJ. With the active support of the Greek Ministry of Justice, Eurojust and the European Judicial Network (EJN) Secretariat, judges, prosecutors, representatives of Member States’ ministries and law enforcement, participants had a first opportunity to discuss the topic in depth.

Apart from participants from EU Member States and SPCs, Eurojust National Members from Cyprus, Greece and Italy, Liaison Magistrates of France in Algeria, representatives of Euromed Police, Interpol, the United Nations Office on Drugs and Crime, and the Council of Europe provided important contributions to the Conference’s proceedings.

The Conference was opened by the Greek Minister of Justice, Mr Konstantinos Tsiaras, and moderated by the National Member for Greece at Eurojust, Mr Paraskevas Adamis. The Conference focused on actions at the national level by the Greek judicial authorities and the renewed EU Action Plan on migrant smuggling. Furthermore, the implementation of the EMJ Strategy and Action Plan against migrant smuggling, adopted by the 3rd Forum of Prosecutors General in November 2021, was debated and further steps for action were designed.

The participants emphasized the importance of judicial and law enforcement cross-Mediterranean cooperation in countering migrant smuggling. They also expressed their commitment to continue working together towards the identification of synergies.

On the occasion of this conference, Eurojust has published a leaflet today highlighting the work of its Migrant Smuggling Focus Group, composed of specialised investigating judges and prosecutors from across the EU Member States and third countries.

EMJ gathers the most relevant stakeholders to develop a sustainable and long-term regional mechanism for judicial cooperation in criminal matters between EU Member States and the SPCs: Algeria, Egypt, Israel, Jordan, Lebanon, Libya, Morocco and Palestine*. EMJ is hosted by Eurojust.

*This designation shall not be construed as recognition of a State of Palestine and is without prejudice to the initial positions of the Member States on this issue.