Eurojust steps up the fight against migrant smuggling 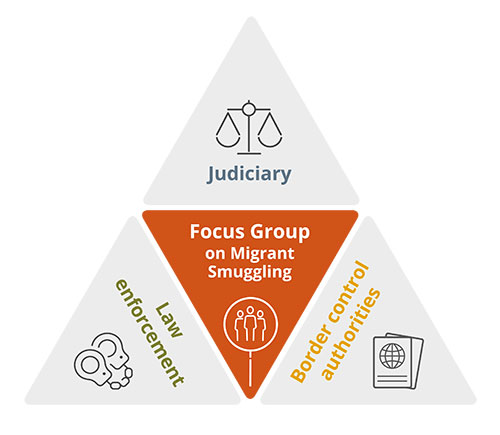 To further strengthen the fight against migrant smuggling, Eurojust, the EU Agency for Criminal Justice Cooperation, has launched a new initiative: the Focus Group for Prosecutors on Migrant Smuggling. It will serve as an important hub to regularly connect the key judicial actors at national level in the EU Member States who are responsible for tackling migrant smuggling crimes, to support their joint operational response.

For a successful outcome in tackling migrant smuggling, it is essential that judicial and law enforcement authorities from all countries concerned work closely together. In order to tap the full potential of EU judicial cooperation tools, including setting up joint investigation teams (JITs) and using the European Arrest Warrant (EAW) and the European Investigation Order (EIO), a strategic and carefully managed approach is required. It needs to build on lessons learned and good practices and take the shifting modus operandi of criminal networks into account.

The Focus Group, composed of prosecutors specialised in migrant smuggling from all EU Member States, will bring together all concerned actors in the security and criminal justice chain to regularly

In addition to facilitating regular information exchange, supporting the analytical work and ensuring the functioning of the Focus Group, Eurojust will host an annual meeting at its premises in The Hague, the first of which will take place in November 2020.

'The European Union is built on the process of gradually linking our know-how, resources and destinies. The Focus Group for Prosecutors on Migrant Smuggling has been set up by Eurojust precisely in this spirit, with a very pragmatic, action-oriented purpose.

Smuggling of migrants is not only a crime against international conventions and the interest of the States to control and protect their borders, but also a crime against human dignity, because smugglers exploit vulnerable individuals and their expectations for a better life.

With the Focus Group, we wish to bring together all actors in the security and criminal justice chain across the EU to advance the Union's response against these hideous crimes.

I am confident that this platform will further enhance Eurojust's capacity to support the competent national authorities to investigate, prosecute and disrupt criminal organisations that are behind migrant smuggling, along all the countries on the routes concerned. Together, everyone achieves more.' 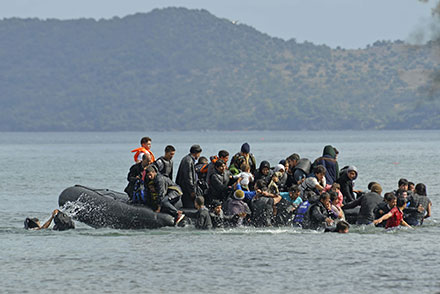 In the European Council of October 2018, EU leaders decided to step up the crackdown on migrant smuggling at EU level. On 6 December 2018, the Justice and Home Affairs Council of the European Union approved a 'comprehensive and operational set of measures' to advance the response to migrant smuggling networks, based on an enhanced inter-agency approach both at EU and national level.

Eurojust is at the centre of the judicial component of implementing this intensified operational response. One of the adopted measures includes a call for Eurojust 'to continue facilitating the networking of practitioners to foster the exchange of best practice, identify challenges and lessons learned in investigation and prosecuting migrant smuggling cases, including by considering the necessity to set up a prosecutors' network to that end' (Council document 15250/18).

Migrant smuggling is also one of the priority areas of action of the EU policy cycle to fight serious organised crime (EMPACT) for 2015-2020.

The objective is to disrupt migrant smuggling networks both inside and outside the EU, taking into account their high level of adaptability and the increased interlinking of different criminal activities (including drug trafficking and money laundering).

Using the full spectrum of judicial cooperation tools available, in 2019, Eurojust supported the Member States with the coordination of 187 investigations of migrant smuggling crimes, 86 of which were started in 2019, while 101 were ongoing from previous years.

  Relevant press releases from the past two years: