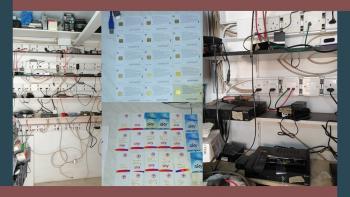 Eurojust continues to support the crackdown on large-scale piracy and fraud with pay-TV and film streaming, by coordinating an action day at the request of the Italian authorities. Over 5.550 computer servers, which were used to transmit and store television broadcasts, live sports games and films without paying the legitimate copyright holders, have been taken down in Italy, Bulgaria, France, Germany, Lithuania, Malta, Romania, Slovenia, Sweden and The Netherlands. The online streaming services have now been blocked for customers in Italy, who watched the television feed through cheap set-top boxes, paying far below market subscription fees.

One person, allegedly the leader of the criminal activities, has been arrested by the Italian authorities. Computer equipment, other communication tools and payment instruments as well as luxury cars have been seized. The estimated profits totaled EUR 10.7 million.

Eurojust, the European Union Agency for Criminal Justice Cooperation, provided rapid assistance with the execution of European Investigation Orders in the countries mentioned above, plus Greece. The Agency coordinated the search of twenty places.

Eurojust went into action in September last year with the coordination of judicial investigations and cooperation against Organised Crime Groups (OGCs), who have been expanding their illegal activities into fraud and copyright piracy with pay-TV and streaming services. In a major operation in September 2019 led by the Italian desk at Eurojust, over 200 servers were taken down to prevent the fraud from propagating. The Agency was recently awarded by the AUDIOVISUAL ANTI-PIRACY ASSOCIATION (AAPA) for its work in this connection.

Investigations into this particular network have been ongoing for some time, leading to the further action taken this week. Copyright holders, including major European pay-TV channels and American film studios, have lodged complaints with the authorities in Italy against the large scale piracy that has been depriving them of tens of millions of euros.

Mr Filippo Spiezia, National Member for Italy and Vice-President of Eurojust, said: ‘After the major operation in Italy of last year, we haven’t stopped to assist and support our national authorities. We have taken on the challenge to continue our work, as we can’t be satisfied by a single operation; our ultimate goal is to proactively enhance the coordination of investigations and to halt this criminal phenomenon. For this particular action, we are extremely grateful to our European partners.’

Earlier this year, two other action days, requested by or coordinated with the Spanish and US authorities, took place to tackle pay-TV signal piracy and the hosting of illegal content in infringement of author’s rights. Yesterday a similar action was organised at the request of the Swiss authorities.

OCGs undercut legally operating enterprises and make huge profits by illegally tapping into their signals and using computer servers to distribute television programmes and football matches to users via websites. They offer cheap subscriptions and sell or rent so-called set-top boxes or K-boxes on social media. Payments are made via regular gateways and systems such as Paypal.

Prior to this week’s operations, Eurojust organised three coordination meetings and a coordination centre to assist with the cooperation in all the countries involved. The operations on the ground were led by the Public Prosecutors Office (PPO) of Naples, the Guardia di Finanza, supported by a specialized unit of the Polizia di Stato (Polizia Postale et delle Telecommunicazione) in Italy, in close cooperation with the Italian desk at Eurojust. In all countries involved over 700 police officers were deployed.

Assistance was provided by:

Bulgaria: the Prosecutor General’s Office of the Republic of Bulgaria, Specialised Prosecutor’s Office, and the General Directorate for Combating Organized Crime (Cybercrime unit).

Lituania: the Prosecutor General’s Office of the Republic of Lithuania, and the Lithuanian Criminal Police Bureau.

Slovenia: the District Court of Ljubljana, Investigation Department and the Police Directorate of Koper.

Sweden: the Prosecution Authority (the National Unit against Organised Crime) and Police Authority