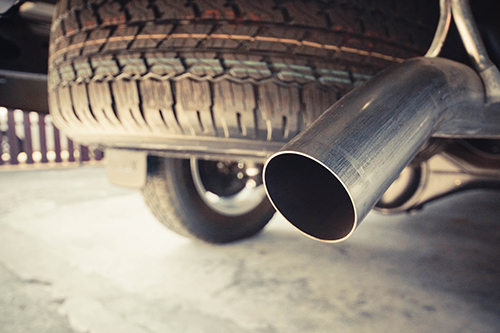 Judicial authorities in Germany are conducting an in-depth fraud investigation on the use of more than 200 000 diesel 'defeat devices' in cars produced by an international automotive group and international commercial vehicle manufacturer, as well as their subsidiaries.

Coordinated searches to gather evidence are being carried out in Germany, Italy and Switzerland. The action was planned and coordinated with the support of Eurojust to ensure secure and efficient information exchanges between involved judicial and law enforcement authorities, agree on joint prosecutorial strategies and prepare operational actions, including today's searches.

The Frankfurt am Main Prosecution Service  Center for Commercial Criminal Matters  is leading the investigation in Germany against a number of responsible people working in the international automotive group.

The investigation is focused on the suspicion that diesel engines installed in several car models sold by the company would be equipped with an illegal defeat device.

Whereas the vehicles meet the emissions standards under test conditions, the defeat device allegedly effectively shuts down the emissions control system in real drive conditions. Such defeat devices are illegal according to the European Union regulations in place. Vehicles with defeat devices are not approved for road usage in the EU and consumers with such devices installed in their cars face possible driving bans. In Germany, more than 200 000 vehicles are subject to the investigation, including larger vehicles, such as camper vans.

The Prosecutor Office of Turin, Italy, is also investigating the crime of fraud in the framework of a parallel proceeding linked to the same case.

Today, investigators from Germany, Italy and Switzerland have started searching three commercial properties of a company located in Baden-Württemberg and Hesse (Germany), as well as in three locations in the Piedmont region (Italy) and one location in the canton of Thurgau (Switzerland), to gather evidence on the defeat device, the marketing of vehicles and individual responsibility linked to these action. The duration of the ongoing searches is currently unknown. In addition, UK authorities have ordered two companies in London to produce relevant documents.