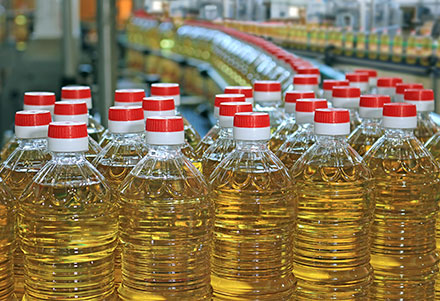 In an operation in Hungary, Austria, the Czech Republic, Slovakia and Serbia, coordinated by Eurojust and supported by Europol, Hungarian authorities have arrested two leaders of an organised crime group responsible for massive VAT fraud with the sale of sugar and cooking oil imported from EU member states. In all, 33 locations in 5 countries were searched to unravel a two-year long scam to avoid payment of value added tax to the Hungarian authorities, which missed out on approximately EUR 10 million in income. The operation had no impact on the end users of the sugar and cooking oil.

The criminal network, which operated mainly in Hungary, imported huge quantities of sugar and cooking oil from the European Union through domestic companies. The products were resold to Hungarian wholesalers; however, the VAT incurred was not paid. As part of their VAT carousel fraud, they declared the EU purchases as domestic, which enabled them to significantly reduce the VAT payable. Moreover, these products were purchased at a net price with a minimum margin, so that an unfair advantage was gained over market competitors. Approximately EUR 10 million was lost to the Hungarian budget through avoidance of the VAT payment.

Given the cross-border dimension of the criminal activity and the need to coordinate the multiple judicial requests with judicial and executing law enforcement authorities from other countries, the case was referred to Eurojust.

Eurojust supported the Hungarian judicial authority with the execution of European Investigation Orders and other judicial instruments for the other countries involved, a result of which numerous witness hearings and house searches and document seizures were made outside Hungary.

On 23 June, Eurojust set up a coordination centre in cooperation with Europol. During the action day, eleven simultaneous searches and twelve witness hearings took place in Austria, the Czech Republic, Slovakia and Serbia, in addition to 22 house searches in Hungary. Altogether, nine suspects were interrogated, of which two were arrested and one real estate was seized. Over 110 officers were deployed in the operations on the ground.

In the run-up to the action day, Eurojust facilitated direct contact between the national judicial and law enforcement authorities from all 5 countries involved, helping to map out the criminal activity, providing translations and hands-on operational support.

In Hungary, the National Tax and Customs Administration, together with the relevant judicial and police authorities, took the lead in resolving the case.

In Slovakia, the Regional Prosecutor´s Office of Banská Bystrica coordinated the EIO execution, while the investigative measures requested were carried out by the regional Police.

Additional support was provided in the Czech Republic by the Regional Public Prosecutor´s Office in Brno and the Regional Directorate of the Police in South Moravia.

In Austria, several public prosecutor's offices, police and fiscal authorities were involved in the case.