Eurojust, Europol and the Audiovisual Anti-Piracy Alliance (AAPA), representing the industry of protected audiovisual content, have joined forces to improve the sharing of expertise to tackle audio-visual piracy via IPTV networks. More than 70 judicial and law enforcement authorities from EU Member States and representatives from the two EU agencies discussed, during a two-day seminar at Eurojust in The Hague, how to close the technical knowledge gap between national authorities and organised crime groups (OCGs).

The dedicated seminar focused on the information needed to identify, investigate and prosecute two forms of audiovisual piracy: card-sharing and illegal streaming. The main points of discussion were how to identify a pirate service, investigative tools and the challenges faced by the private sector in investigating piracy, as well as the scale and impact of audiovisual piracy and its links to organised crime. Further sessions included knowledge sharing on how to achieve successful prosecutions and how the judiciary could work with the private sector.

In September of this year, during a coordination centre at Eurojust, a large-scale piracy network, through which a criminal group had illegally sold pay television subscriptions to more than 800 000 customers, was brought down by the blocking of more than 200 computer servers.

AAPA represents companies involved in the provision of protected audiovisual services, security technology for such services, and the manufacturing of products that facilitate the delivery of such services. AAPA’s mission is to enable the fight against piracy where this involves the development, promotion, distribution, application or use of technologies resulting in the unauthorised use of protected audiovisual content, by co-ordinating intelligence and action supported by effective legislation and its implementation. AAPA has a Memorandum of Understanding (MOU) with Europol in which it commits to provide training. For more information about AAPA’s work, visit www.aapa.eu. 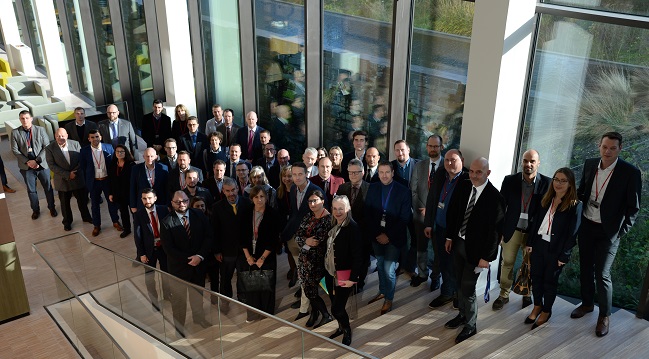