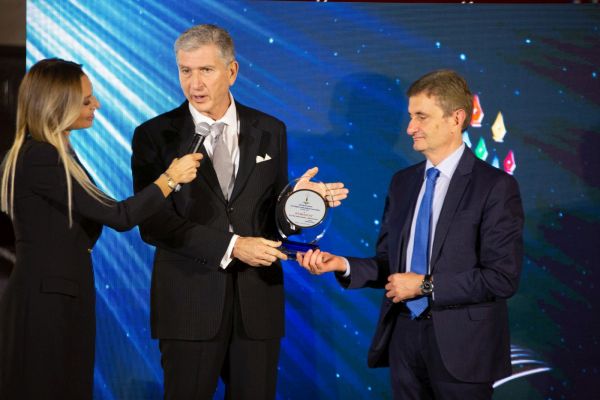 The Coordination Pool of seconded Italian law enforcement experts at Eurojust has received a special mention at this year’s ceremony for the European Awards for Investigative and Judicial Journalism, held in Naples on 11 November. The special mention is an acknowledgment of their support to cross-border judicial support via the Italian National Desk at Eurojust and to assistance with investigations into alleged core international crimes committed in Ukraine. 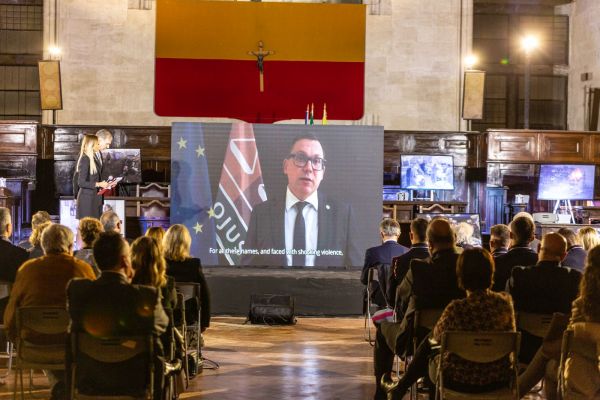 Eurojust was represented at the awards ceremony by National Member for Italy, Mr Filippo Spiezia, as well as the experts. Eurojust President Mr Ladislav Hamran addressed the event via a video message, focusing on the importance of investigative journalism in major criminal cases.

The main awards in Naples were given to the Italian investigative journalists Nello Scavo, Francesca Mannocchi and Gabriele Micalizzi for their reporting and documentation of major national judicial affairs. Furthermore, the award also acknowledged their work in the field of international reporting, including the war in Ukraine. A special dedication was given to journalists and photographers Benjamin Hall, Alexandra Kuvshinova and Pierre Zakrzewski, who lost their lives while reporting on the war in Ukraine.

The European Awards for Investigative and Judicial Journalism is an initiative of the Naples-based Sirio Social Cultural Association, with support from, among others, the Office of the President of the Republic of Italy, the Italian Ministry of Foreign Affairs and International Development, the Commune of Naples and Eurojust.