Prime Minister Mr Eduard Heger of the Slovak Republic visited Eurojust today to discuss the support of the Agency to the joint investigation team (JIT) on alleged core international crimes committed in Ukraine. He met with Eurojust President Mr Ladislav Hamran, both of whom stressed the need to fight impunity for these crimes. He was also informed on the general work of Eurojust and the Slovak contribution via the Agency to the JIT. 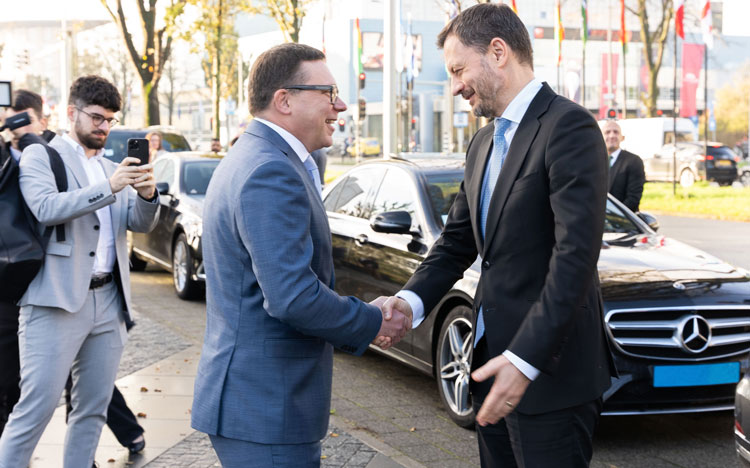 Directly after the visit, Slovak Prime Minister Mr Eduard Heger said: I believe it is clear that Russia is committing crimes in Ukraine. I personally saw the atrocities that were committed in Buča. The whole world could see the terrible images from Boroďanka, Izium and other cities. These crimes cannot remain unpunished. That is why Slovakia joined the joint investigation team on alleged core international crimes committed in Ukraine. We also sent a group of forensic experts and investigators to Ukraine to thoroughly document the committed crimes.

Eurojust President Mr Ladislav Hamran stated: The road to justice for thousands of victims starts with collecting admissible evidence. Eurojust is there to support ongoing investigations, and I am grateful that in the face of the atrocities committed in Ukraine, Slovakia plays such an important role in the international search for accountability.

Slovakia joined the JIT on alleged core international crimes committed in Ukraine on 31 May this year. During the meeting with the Prime Minister, the Slovak contribution to the JIT was discussed, as well the support work of its National Desk at Eurojust in this regard. Mr Heger was also informed on the state of play of current investigations in Ukraine.

As well, Mr Heger was briefed on the ongoing work to set up a Core International Crimes Evidence Database at Eurojust, which was enabled by a change to the Eurojust Regulation on 1 June this year. This makes it possible for the Agency to collect, store and analyse information on core international crimes. 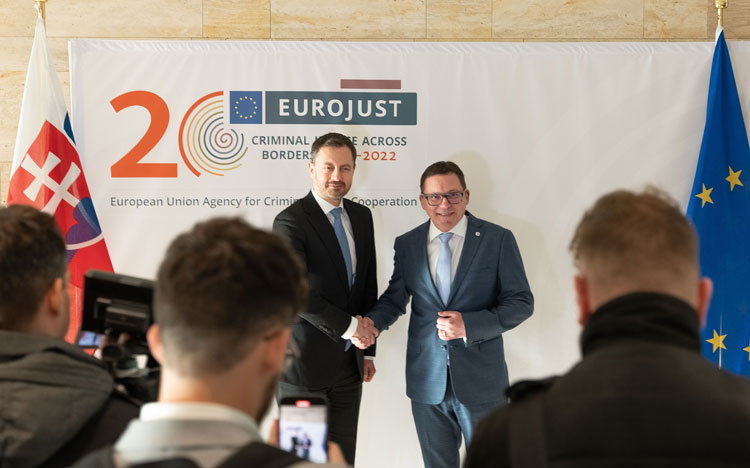 In general, the need for coordination via Eurojust of all ongoing investigations regarding alleged core international crimes committed in Ukraine was emphasised. These can be investigations of EU Member States participating in the JIT, other EU countries and third states. This is essential to avoid duplication of investigative efforts, over-documentation and victims and witnesses being traumatised again, by having to give testimonials to several authorities.

The Slovak National Desk at Eurojust also gave an overview of its work and the general operational support provided via the Agency.