Nine arrests in Italy and Bulgaria

With the fundamental support of Eurojust, judicial authorities and police in Italy and Bulgaria have arrested nine members of an organised criminal group (OCG) which committed large-scale theft of high value industrial machinery. The suspects, all of Bulgarian origin, were involved in 40 aggravated thefts, which were usually well prepared, from various industrial sites in central-northern Italy between 2018 and 2020. The stolen equipment was subsequently transported to Bulgaria for resale. 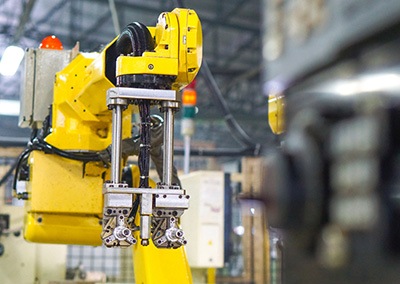 During an action day, Eurojust coordinated the execution of European Arrest Warrants and simultaneous searches and seizures. At least 7 locations were searched in Italy and 21 in Bulgaria, where the vast majority of stolen equipment was retrieved. The OCG operated according to a very well structured organisation and the roles of all members were very effectively assigned.

The total value of all stolen equipment amounted to over one million EUR. This consisted of the latest generation of machinery and articulated cars, with significant economic value and strategic importance for the industrial activities of the many companies affected.

Investigations into the criminal organisation started in Italy last year, with Eurojust organising a coordination centre this week to roll out the operation on the ground in Italy and Bulgaria. Prior to this operation, Eurojust held a coordination meeting, assisted with the drafting and execution of requests for Mutual Legal Assistance and European Investigation Orders, and facilitated a coordinated information exchange between the judicial and police authorities from both countries during the various phases of the investigation.

'We are proud of the important investigative results obtained in supporting the national judicial authorities, whose action led to dismantling a very dangerous cross-border criminal organisation.

We are very grateful to our Bulgarian partners whose cooperation has been excellent and without which it would have been impossible to reach such results.

The action carried out shows once again the indispensable role of Eurojust and the added value it can bring to the competent national authorities.'

The operation on the ground was led by the Public Prosecutor's Office and Carabinieri of Siena. In Bulgaria,  the Sofia City Public Prosecutor's Office and General Directorate National Police concluded the operation; they deployed a total of 100 officers split into 20 teams across the country. Of the OCG 5 were arrested in Italy and 4 in Bulgaria.