A criminal network involved in transnational money laundering was targeted by the national authorities of the Netherlands, Belgium, Spain, Slovenia and Bosnia and Herzegovina, with Eurojust's and Europol's cooperation. A coordination centre was set up at Eurojust's premises in The Hague to coordinate the joint action day in all 5 countries involved, swiftly share case-related information on the spot, and collect and exchange valuable evidence. 28 house and company searches were successfully carried out, criminal assets, worth several millions of euros, including luxury cars, were seized, and bank accounts and other proceeds were frozen.

The Public Prosecutor's Office of Zeeland West-Brabant, the Netherlands, initiated its investigation into a large scale-money laundering in November 2018. The case was referred to Eurojust, the EU's Judicial Cooperation Unit, as soon as multiple links to the other countries were identified. The main suspects are allegedly involved in massive money laundering activities through real estate investment in all countries concerned. The illegal proceeds supposedly originate from extended drug trafficking and smuggling between Europe and the USA. 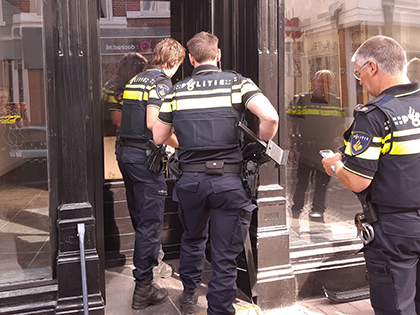 Eurojust held one coordination meeting in April 2019 to agree on common operational strategies, after the operational meeting at Europol earlier this year, and decide on the course of the joint action day. The Dutch authorities issued several European Investigation Orders (EIOs) towards the Member State involved and 2 mutual legal assistance requests towards Bosnia and Herzegovina to allow for quick sharing of information and evidence, searches and other investigative measures. Eurojust helped the national authorities to issue and fully implement the EIOs.