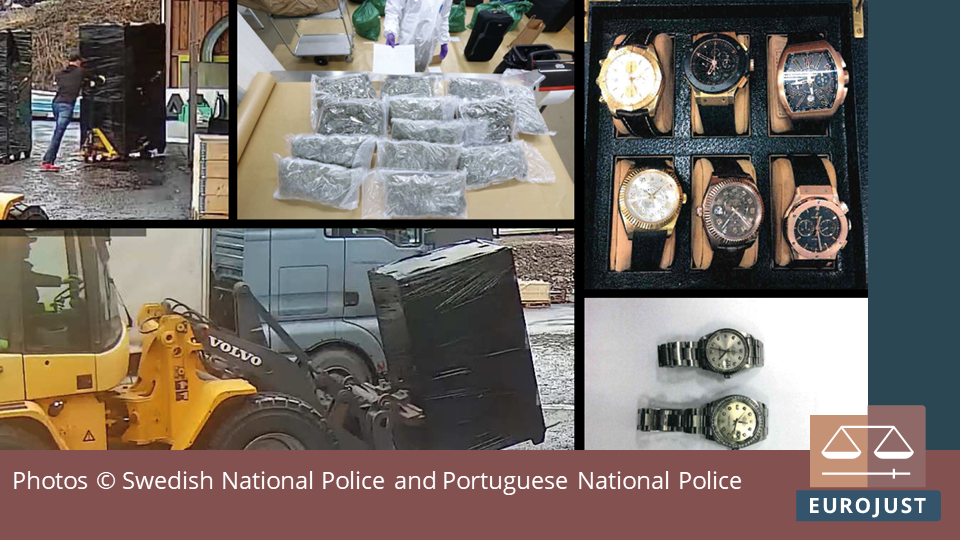 The Swedish public prosecution services have today formally indicted two suspects for their involvement in the large-scale trafficking of cannabis from Portugal between June 2019 and February 2020. Their arrests in Portugal were possible due to support from Eurojust, which coordinated the exchange of cross-border judicial information between Sweden, Portugal and Spain.

The suspects allegedly ran a major illicit operation, which came to an end with their arrests and the seizure of 400 kg of cannabis by the Swedish police in February last year, with an estimated street value of EUR 3.8 million. A number of luxury watches were also seized.

The suspects have been charged with the offences of particularly aggravated drug trafficking and particularly aggravated drug crime. The arrests and seizing of the cannabis were the result of a long-term investigation by the Investigations Division at the National Operations Department of the Swedish National Police, which included an infiltration by officers which was key to identifying the leaders of the criminal organisation.