Organised by the European Commission, together with Eurojust, the first informal meeting of the focus group of specialised prosecutors against trafficking in human beings brought together prosecutors and judges from the European Union Member States. The objective of the group is to build expertise and intensify judicial cooperation for a more robust criminal justice response. 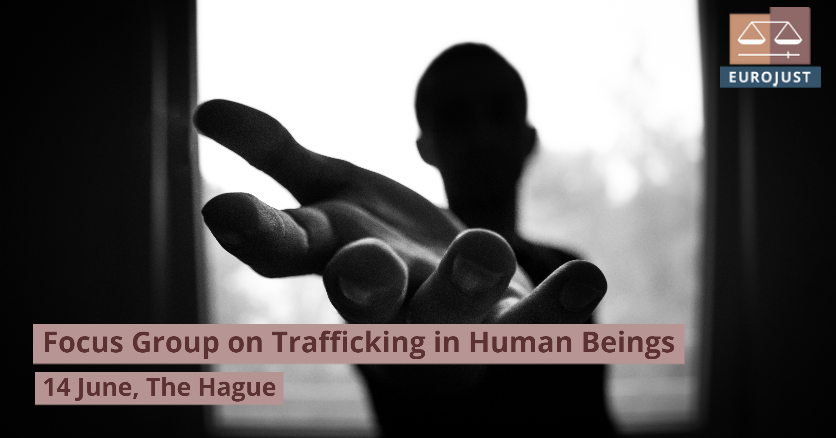 The level of prosecutions and convictions for offences of trafficking in human beings remains low. In the EU, there were 15 214 investigations and only 3 019 convictions registered in 2019 and 2020. While the number of Member States referring to Eurojust for assistance with investigations, as well as the number of joint investigation teams (JITs), has increased, there are still serious challenges in judicial cooperation, both at the national and cross-border levels.

A robust criminal justice response is crucial to carrying out effective investigations, prosecutions and convictions. This requires building expertise and assigning specialised experts and departments for trafficking in human beings among the competent authorities at the national and local levels.

The focus group of specialised prosecutors against trafficking in human beings, which met today for the first time, is a response to the need to intensify judicial cooperation, as outlined in the EU Strategy on Combatting Trafficking in Human Beings (2021-2025).

The meeting was opened by the EU Anti-Trafficking Coordinator, Ms Diane Schmitt, and the President of Eurojust, Mr Ladislav Hamran. After the opening remarks, participants discussed the priorities regarding trafficking in human beings in the EU and the work done by Eurojust in this field.

A session was dedicated to the challenges prosecutors face when they address cases of trafficking in human beings at the national level and in cross-border situations. These include difficulties with the setting-up of JITs, exchanging information on cases, identifying victims and securing their testimonies, cooperation with law enforcement authorities, gathering evidence and addressing the crime online.

Another topic discussed in the meeting was how to enhance the judicial response to cases of trafficking in human beings in relation to the war in Ukraine. This is an objective of the Common Anti-Trafficking Plan prepared under the direction of the EU Anti-Trafficking Coordinator in cooperation with the Member States and EU Agencies, which aims to address the risks and support potential victims of human trafficking among those fleeing the war in Ukraine. Participants presented ongoing criminal proceedings and the challenges they might encounter.

Chair of Eurojust’s Anti-Trafficking Team, Ms Daniela Buruiana said: 'Combating trafficking in human beings by conducting successful cross-border investigations and prosecutions is a shared responsibility and a joint effort of all the parties involved. Over the years, Eurojust has been active in providing the necessary support and assistance to the prosecutors dealing with trafficking cases to ensure effective judicial cooperation and coordination in this field. A further step was taken today at the EU level by organising the first-ever meeting of the focus group of specialised prosecutors against trafficking in human beings. I am confident that creating a forum for practitioners, allowing them to communicate directly, and exchange best practices, knowledge and expertise with the appropriate resources and support will result in more successful investigations, prosecutions and finally convictions in this crime area.'