Last week, during a day of simultaneous and coordinated actions in nine EU countries, judicial and police authorities dealt a blow to a criminal organisation involved in large-scale VAT fraud with the sale of luxury cars. During the action day, coordinated and led by the French and Romanian desks at Eurojust, 26 persons were interviewed and 33 premises searched in Bulgaria, the Czech Republic, France, Germany, Spain, Latvia, Lithuania and Romania. In addition, over EUR 100 000, as well as luxury cars and products, were seized.

The suspects allegedly set up a VAT carousel for the purchase of luxury cars, buying vehicles on behalf of shadow companies controlled by French citizens. During these purchases, no VAT was paid. The cars were immediately sold in France using false VAT declarations at a much lower price, thereby defrauding the French tax authority. The estimated amount of lost tax revenue is over twelve million euros.

The presumed conspirators are suspected of VAT fraud, swindling, forgery of documents, money laundering, criminal activities affecting the financial interests of the EU and participation in an organised criminal group. As a result of disclosures from the Public Finances Directorate General (DGFiP), proceedings were conducted by the French National Financial Prosecutor (Paris) and the Investigative Judge of Lyon. The investigations were led by the Judicial Financial Investigation Service (SEJF).

After organising two coordination meetings with all involved countries, Eurojust set up a coordination centre on 9 January, supporting the operations through its assistance with the issuance and urgent execution of European Investigation Orders (EIOs) for the identification of bank accounts, account balances, properties and vehicles concerned, as well as two European Arrest Warrants and 51 freezing/seizure orders. 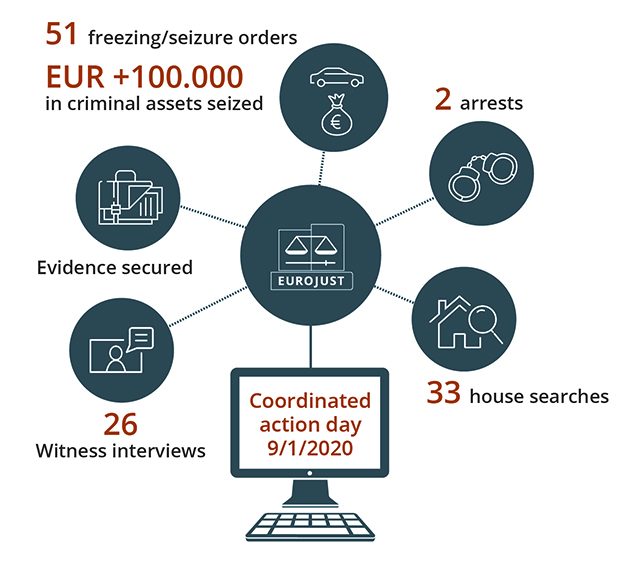 During the action day, the urgent need for another EIO arose, as it became clear that a bank safe rented by the suspects needed to be searched. A National Member at Eurojust was able to issue this EIO, in accordance with the new Eurojust Regulation. Numerous pieces of jewellery, five luxury watches and EUR 10 000 in cash were seized as a result. 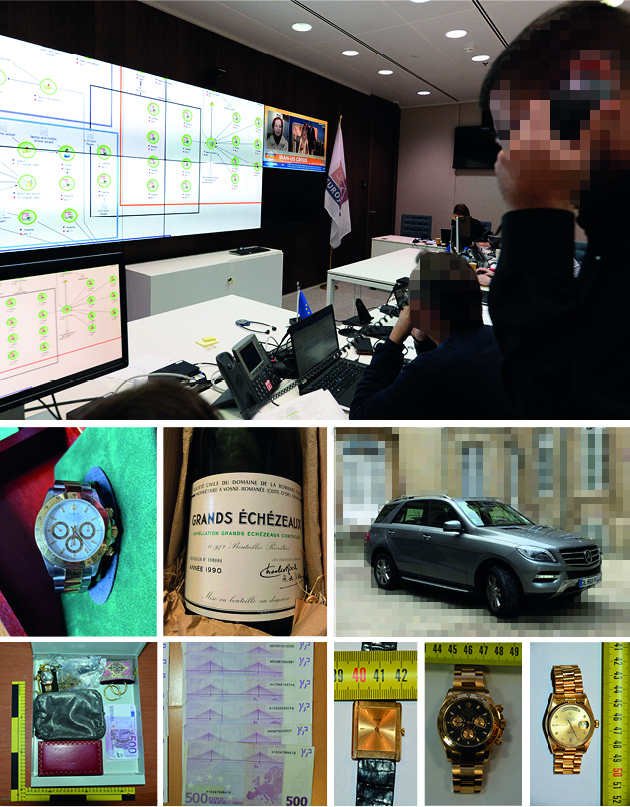