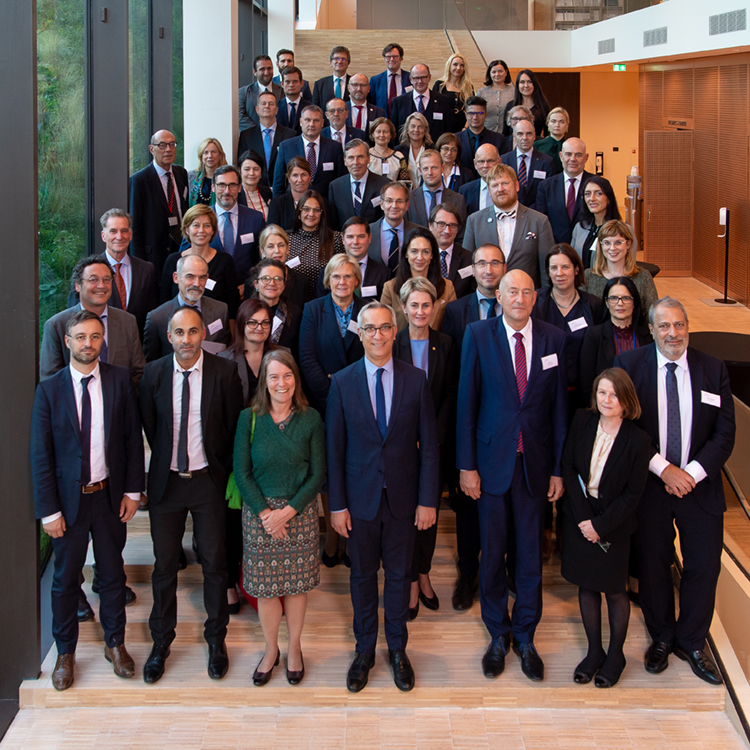 The judicial response to alleged core international crimes committed in Ukraine will be the central theme of the 16th meeting of the Consultative Forum of Prosecutors General of EU Member States, hosted today and tomorrow by Eurojust. Prosecutors General and Directors of Public Prosecutions will discuss the expanded role of Eurojust in view of core international crimes, such as war crimes and crimes against humanity. They will also meet, among others, with their new Ukrainian colleague Mr Andriy Kostin and the Prosecutor of the International Criminal Court Mr Karim A.A. Khan KC.

The 16th meeting of the Consultative Forum will be jointly chaired by Mr Igor Stříž, Prosecutor General of the Czech Republic, and Mr Olivier Christen, Director of Criminal Affairs and Pardons at the French Ministry for Justice, representing the two Presidencies of the Council of the EU this year.

Ahead of the 16th meeting of the Consultative Forum, Czech Prosecutor General Mr Igor Stříž said: ‘The regular meeting of the Consultative Forum gives us a highly appreciated opportunity to meet our fellow colleagues. Therefore, it is an honour for me to co-chair the Forum meeting this year and to facilitate the sharing of experience on criminal law aspects of the war in Ukraine.’

Mr Olivier Christen, Director of Criminal Affairs and Pardons of France, stated: ‘True to its values, the European Union remains fully committed to identifying and prosecuting the perpetrators of the atrocities taking place in Ukraine. Our mobilization has already enabled us to undertake significant legislative work, including the expansion of Eurojust's prerogatives, in order to improve the fight against impunity for war crimes. This 16th meeting of the Consultative Forum will allow us to share our experience and discuss the ways to enhance our European strategy.’

Eurojust President Mr Ladislav Hamran pointed out: ‘It is an honour for Eurojust to host this 16th meeting of the Consultative Forum. Discussing the judicial response to the war in Ukraine is both timely and highly relevant, especially when this includes an exchange of views with Ukrainian Prosecutor General Mr Kostin and the Prosecutor at the International Criminal Court Mr Khan. Never in the history of armed conflict has the legal community responded with such commitment and determination, and I hope that today and tomorrow will even further fuel our joint ambition to bring justice to the Ukrainian people.’

In view of strengthening Eurojust’s support to investigations of core international crimes committed in Ukraine and elsewhere, the Regulation of the Agency was amended and now includes a clear mandate to preserve, store and analyse evidence of such crimes. European Commissioner for Justice, Mr Didier Reynders, will elaborate on this during a video address to the Forum, as well as Mr Peter Csonka, Deputy Director for Criminal Justice of the European Commission, and Eurojust President Mr Ladislav Hamran.

The Prosecutor General of Ukraine Mr Andriy Kostin and the Prosecutor of the International Criminal Court Mr Karim A.A. Khan KC will give a presentation on the topic of prosecution of alleged core international crimes committed in Ukraine. These presentations will be followed by a discussion by Forum Members and representatives of EU institutions.

Furthermore, the theme of disinformation via cyberspace will be discussed, followed by a discussion on practical experiences and challenges in relation to the prosecution of violations of the current EU sanctions against Russian and Belarusian individuals and companies.

The Forum Members have already had the opportunity to briefly meet their counterparts from South Partner Countries (Algeria, Egypt, Jordan, Lebanon, Libya, Morocco and Palestine¹) who attended a dedicated meeting of the EuroMed Forum of Prosecutors General.