following intensive coordination between Germany and Lithuania via Eurojust 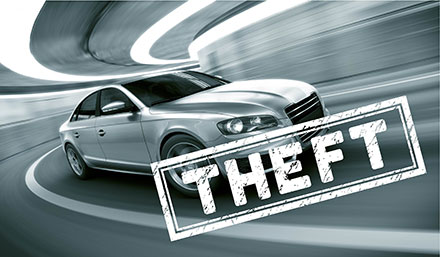 The Regional Court of Heilbronn in Germany recently sentenced eleven members of a Lithuanian criminal organisation to imprisonment for up to eight years for stealing luxury cars in Germany. The court rulings followed close and intensive cooperation between the German and Lithuanian judicial and police authorities, coordinated via Eurojust, the EU's Criminal Justice Cooperation Agency, which supported the setting up of a joint investigation team (JIT). Thanks to this collaboration, the authorities were able to map out and take decisive action against the criminal group as a whole. It also enabled them to proceed to a consolidated trial against all eleven defendants, based on solid evidence.

Heilbronn Senior Public Prosecutor Ms Mirjam Weisenburger said: 'Without the joint investigation team, this process and its, what I consider, successful conclusion would not have been possible. We have seen the advantages of this kind of cooperation in investigations on many occasions and that is what really enabled us to move forward in this case.'

The organised criminal group (OCG), which was coordinated from a base in Lithuania, operated in Germany, the Netherlands and Belgium. The thieves cracked the locks of high-end, luxury keyless cars using radio wave extenders and then transported them in trucks through the Czech Republic and Poland to Lithuania. The leaders in Lithuania communicated in code language with the gang members on the ground in Germany, Belgium and the Netherlands.

Given the cross-border dimension of the investigation, a JIT was set up with funding and support provided by Eurojust and analytical support by Europol. This facilitated a quick and direct exchange of information among the authorities involved, who set to work as one team. The constantly changing plans of the OCG were gradually mapped out, including by way of interception means, and step-by-step this led to the identification of additional suspects and criminal facts.

In addition to its financial and operational support to the JIT, Eurojust also assisted the national authorities with the organisation of two coordination meetings, where the team members were able to meet face to face, while interpreters were also on hand to provide help when needed. Eurojust also facilitated the execution of European Investigation Orders and requests for Mutual Legal Assistance.

A carefully prepared action day was held in December 2018, which resulted in the simultaneous arrests of the eleven suspects. To enable a consolidated trial to be brought against all of them, the two gang leaders and five gang members, who had been arrested in Lithuania, were subsequently transferred to Germany.

The two leaders of the criminal group were convicted to serve prison sentences of seven years and nine months and five years and nine months respectively. The judgements are final. The Court also ordered confiscation of the proceeds of the crimes, the highest single amount being €584,960, while several properties have also been seized in Lithuania.