Following a controlled delivery of drugs across Europe led by Romanian judicial and law enforcement authorities, coordinated arrests of ten suspected members of an organised crime group trafficking large quantities of heroin to Europe took place in Belgium, the Netherlands and Romania.

On 10 May 2021, Romanian authorities detected and then made a historical seizure in the port of Constantia of 1 452 kilo of heroin with a street value of EUR 45 million. The drugs were hidden in a container with construction materials that was being transported from Iran. It is the second-largest seizure of heroin in the European Union in recent years and is the result of a year-long investigation targeting a high-profile criminal network involved in large-scale drug trafficking. 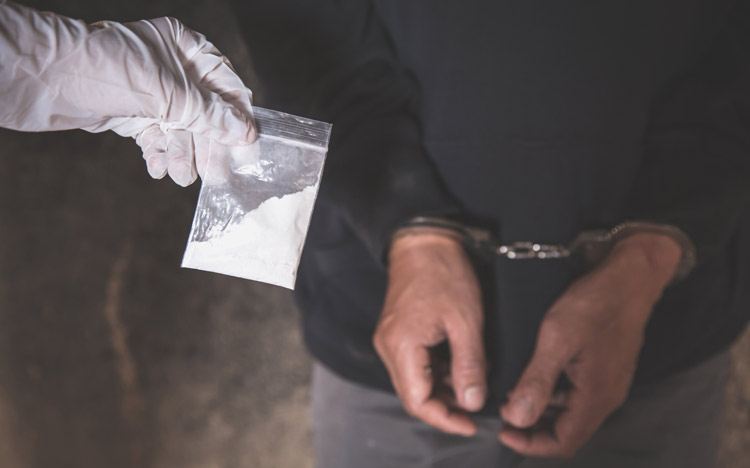 The final destination of the cargo was a company in Belgium. The leader of the criminal network had established a complex logistical and legal trade infrastructure to facilitate the import of large quantities of drugs from the production sites to the distribution market in Europe. He was using a significant number of companies across the EU to organise the distribution flow and conceal the illegal trafficking behind the façade of legal trade.

A controlled delivery involving nine countries was swiftly arranged through Eurojust and with the support of Europol, who facilitated the information exchange and provided analytical support. Careful planning and intensive information exchange allowed judicial and law enforcement authorities to monitor the transit of the shipment across the different territories, culminating in the simultaneous arrests as the shipment arrived at its destination. The suspected leader of the drugs smuggling network and one more suspect were arrested in the Netherlands, while seven suspects were arrested in Belgium and one in Romania. Several house searches were undertaken to ensure that solid evidence could be secured.

Ms Daniela Buruiana, National Member for Romania at Eurojust, said: 'Close cooperation and coordination across multiple jurisdictions both at judicial and police level is key to effectively investigating and prosecuting cross-border drug trafficking cases. I am delighted that Eurojust has been able to provide a swift and professional support to this investigation and contribute to the success of taking down this criminal network. Without the timely, professional and coordinated intervention of the competent national authorities involved in this operation the drugs would have reached the market and created serious consequences for people’s lives. Congratulations to all the authorities involved in all the countries for their hard work and dedication which culminated in these excellent results.'

Through the National Desk of Romania, Eurojust provided support for the transmission and implementation of various judicial cooperation instruments, including numerous European Investigation Orders, and organised a coordination meeting by videoconferencing.