With the support of Eurojust and Europol, after a joint action day last week, 19 key suspects, the alleged heads of an organised crime group (OCG) suspected of large-scale drug trafficking from Ivory Coast and Nigeria to Italy, were arrested in Italy and several other European countries in execution of European Arrest Warrants (EAWs). During the course of the investigation, 150 suspects were arrested. The network of intermediate suppliers used false bottoms in shoes and suitcases, and hidden pockets in clothing, to smuggle heroin (and other drugs) to the south of Italy. In total, 230 kg of heroin, 20 kg of cocaine and 2 kg of MDMA were seized.
The suspects apprehended in Italy raised no suspicions, as they lived a modest life, working as local entrepreneurs. An integral part of the OCG was made up of people who sewed hiding places for the drugs. Their labour was so important that they were paid more than US$ 1 000 for each suitcase. The trafficked narcotics were sometimes treated with spices to render them undetectable to drug-sniffing dogs and also undetectable via x-ray. The couriers were also undetectable, as they were never in contact with the drugs. 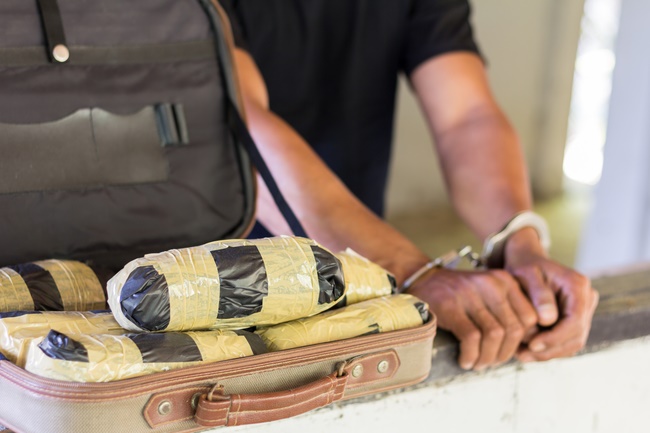 The couriers departed directly from the places of production of narcotics, such as East Africa, Pakistan, China, Laos and Latin America (cocaine in various forms: paste, liquid and powder). After the first seizures, the drugs, still coming from those countries, were stored in Tanzania, South Africa and Brazil. From these countries, the drugs were transported to northern Europe, reaching Italy using the most diverse transportation means. Subsequently, the OCG began to use European couriers.
National authorities
IT: The investigations were directed by the Public Prosecutor's Office (PPO) Anti-Mafia Directorate of the District of Perugia, supported by the Carabinieri of Perugia and assisted by the Service for the International Cooperation of Police - Division SI.RE.NE.