Action taken against bitcoin fraud in France and Belgium

Authorities in France and Belgium, with the support of Eurojust and Europol, have taken action against a criminal network which committed large-scale international fraud with the sale of bitcoins and other crypto-currencies. Approximately 85 victims in France and Belgium were defrauded of EUR 6 million by an Organised Criminal Group (OCG) operating from Israel. In total, 10 suspects were arrested. The investigations unveiled further plans to commit fraud, which were not realised. 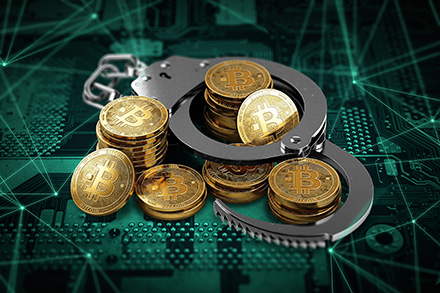 The criminal group approached victims by phone, offering them huge profits on investments in bitcoins of up to 35 percent. To gain their trust, victims initially made small gains on these investments, thereby encouraging them to further invest. Victims were then defrauded on subsequent payments. These were transferred to fake companies, which had been set up for this purpose by the OCG. The profits were then quickly transferred via bank accounts in other EU Member States to bank accounts in various Asian countries and Turkey.

European Investigation Orders (EIOs) were issued to the authorities of Bulgaria, Hungary, the United Kingdom, Spain, the Czech Republic and Portugal to help with the investigations. Four persons had been arrested in France in January 2019, and in cooperation with the authorities in Luxembourg, EUR 1 million were seized.

Eurojust assisted the French and Belgian authorities by setting up and financing a Joint Investigation Team (JIT) and organizing a coordination meeting. Europol participated in an international rogatory mission of French and Belgian magistrates to Israel. In close collaboration with the Israeli police, seven searches took place and five persons were interrogated.

The investigations were led by the specialized interregional jurisdiction (JIRS) of Nancy and the Belgian Federal Parquet, in close collaboration with the judicial police in Israel, the national police of France and federal police of Belgium.