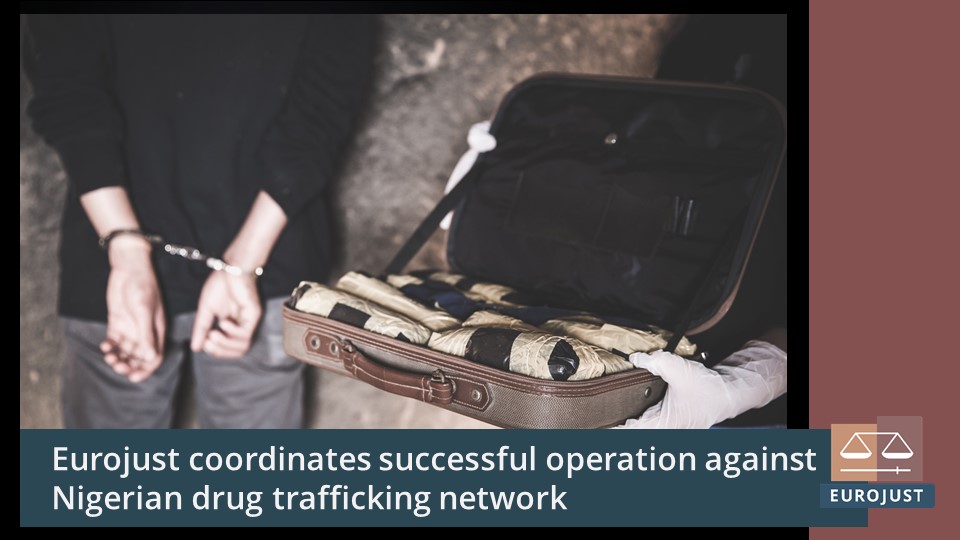 In an international operation coordinated by Eurojust and led by Swiss authorities, investigators in Switzerland, Germany, the Netherlands and Spain have disrupted a Nigerian organised crime group (OCG) involved in drug trafficking. More than 200 suspects were arrested and 115 kg of cocaine were seized, as well as 15 kg of marihuana and EUR 780 000 in cash. Eurojust, the European Union Agency for Criminal Justice Cooperation, supported Operation Wave by organising coordination meetings, assisting with requests for mutual legal assistance and facilitating the use of other judicial cooperation tools.

Over a period of several years, the Nigerian OCG transported cocaine hidden in trolley cases or in the bodies of couriers (the so-called body packing) to different locations in Switzerland, where the drugs were prepared for sale. The profits were then smuggled out of the country, again using the body packing method. The complex investigations into the drug trafficking network lasted more than five years and brought to light links to several parallel legal proceedings in other countries.

Eurojust became involved when the Swiss Liaison Prosecutor at Eurojust opened a case in June 2015. In a series of subsequent coordination meetings, investigators discussed the ongoing proceedings and the submission of requests for mutual legal assistance between Switzerland and the other countries involved in the investigations. Eurojust also facilitated the recognition and execution of numerous European Investigation Orders between EU Member States.

Operation Wave was led by the Swiss Federal Office of Police (Bundeskriminalpolizei), the Public Prosecutor’s Office of the Canton of Zurich (Staatsanwaltschaft II des Kantons Zürich) and the Cantonal Police of Zurich (Kantonspolizei Zürich), in close cooperation with Eurojust, Europol and INTERPOL, as well as judicial and law enforcement authorities in Germany, the Netherlands and Spain.