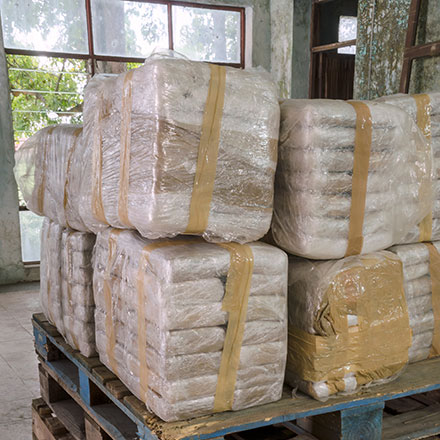 With fundamental and constant support from Eurojust, judicial authorities and police in Italy and Albania have arrested 37 members of an organised criminal group (OCG) responsible for international trafficking of large quantities of drugs. 3.5 tonnes of marijuana, cocaine and hashish have been seized, with an estimated street value of more than €40 million. A variety of goods and assets in Albania were also seized, with a value of over €4 million.

The operation was carried out in Italy by the Anti-Mafia Investigative Direction of Bari, with the cooperation of Carabinieri, Polizia di Stato, Guardia di Finanza, under the direction of the Anti-Mafia Prosecutor's Office of Bari (DDA of Bari). In Albania, the Special Anti-Corruption and Organised Crime Prosecutor's Office of Tirana (SPAK) and the Albanian Police concluded the operation.

The suspects, of Italian and Albanian origin, were part of a powerful criminal organisation trafficking drugs from Albania to Italy and had been very active on the drug market for a long period. They had been smuggling large quantities of drugs using leisure boats, subsequently transporting them overland mainly to the Bari, Puglia and Basilicata regions.

Today's final action day, coordinated by Eurojust, resulted in the simultaneous arrest of 37 suspects in Italy and Albania, while other measures are being executed in France. The investigation allowed the seizure of 3.5 tonnes of drugs (marijuana, cocaine and hashish), the equivalent of about 7 million individual doses worth €40 million. Various assets were seized as well in Albania, including a coffee production and trading factory, a drinks and alcohol distribution company, a food business, a restaurant, 15 apartments, a building plot, as well as 7 large cars and a boat equipped with powerful outboard motors.

This outstanding investigative result with simultaneous execution of this cross-border operation was made possible thanks to the Joint Investigation Team between the Albanian and Italian authorities, whose agreement represents a model for the cooperation between Albanian and EU judicial authorities.

The JIT was established in 2017 and benefited from financial and analytical support from Eurojust. This facilitated a quick and direct exchange of information among the authorities involved, who set to work as one team. It enabled in-depth investigations into the criminal activity, mapping out its operations and network, both in Albania and in Italy.

In addition to its financial and operational support to the JIT, Eurojust also assisted the national authorities with the organisation of four coordination meetings, where team members exchanged crucial information about the case and were efficiently supported by Eurojust in establishing a common investigative strategy where seizure of the criminal assets was one of the key elements of the strategy.

Eurojust also facilitated the preparation and execution of a European Arrest Warrant in one EU member state (France) and of a European Investigation Order.

Today's action is the culmination of long-lasting criminal proceedings in Albania and in Italy where several suspects - one part of the criminal group  had already been convicted in the Court of First Instance in Italy in 2019.