The investigation, which began in 2017, revealed that illegal excavations were managed by a well-structured organised crime group (OCG) carrying out all phases of the trafficking. The OCG, led by two Calabrians living in the province of Crotone, included looters, fences, intermediaries and mules operating out of different Italian regions. The key facilitators from Italy, France, the UK, Germany and Serbia, were operating from Djion, Munich, London and Vrac, coordinating the supply chain. This looting, carried out over the course of several years, caused considerable damage to the Italian cultural heritage.

Eurojust supported the execution of the European Investigation Orders and arranged a coordination centre to follow the action in real time via dedicated and secure lines of communication. The coordination centre enabled the execution of measures, including arrests, searches and seizures, immediately and simultaneously in the five countries, and the timely exchange of information and coordination of all actors involved, including investigative judges, prosecutors and law enforcement authorities. 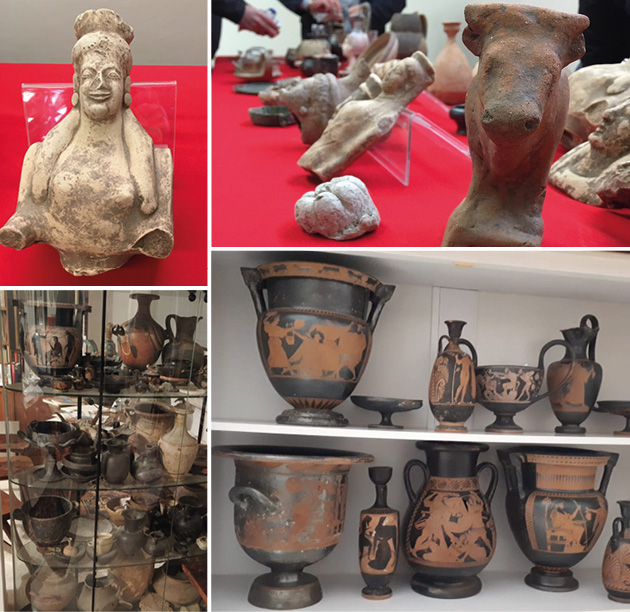