Eurojust President, Mr Ladislav Hamran, has welcomed the resounding support of Eurojust’s work expressed by the EU Ministers of Justice with their approval of the Agency’s Annual Report for 20191. He thanked the Council in particular for its full backing of the intention to work towards the complete digitalisation of judicial cooperation throughout the European Union. 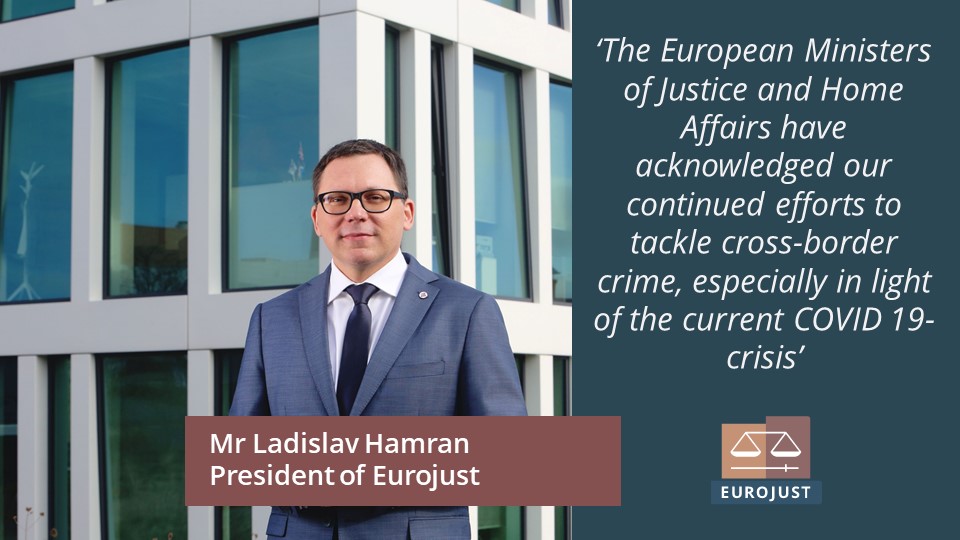 Mr Hamran said: ‘The European Ministers of Justice and Home Affairs have acknowledged our continued efforts to tackle cross-border crime, especially in light of the current COVID-19 crisis. With the full backing of the Ministers, Eurojust will keep bringing prosecutors and judges from across the EU and beyond together to ensure that the investigations of national authorities become international success stories. I particularly welcome the support of the Council for the further digitalisation of judicial cooperation. We now have to agree on a concrete course of action as soon as possible, and Eurojust is looking forward to working closely together with the Member States and the European Commission on this.’

1 The Council Conclusions were formally adopted by the General Affairs Council.