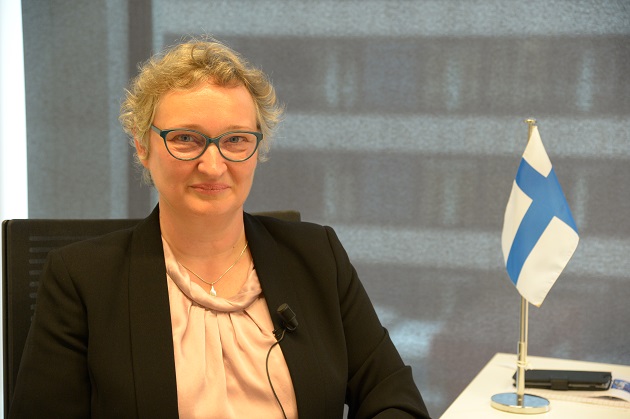 Since 1995, Ms Limingoja worked as District Prosecutor. She specialised in the area of economic crime starting in 2003. She has also been a member of a group of prosecutors responsible for training economic crime investigators, customs officers, tax officers, attorneys, judges and prosecutors.
Ms Limingoja served as Seconded National Expert at Eurojust from February until July 2014, and also served as a contact point for the European Judicial Network (EJN) prior her appointment as National Member.
Commenting on her appointment, Ms Limingoja described her new assignment as a great opportunity: 'I have been working for a long period as a prosecutor in Finland, and now, in a way, I do not need to change the work. I am still working as a prosecutor, not with my own cases, but with my colleagues' cases. Eurojust's family is a working community where you have the Finnish National Desk, other National Desks, other colleagues and corporate staff; in a way, you have different kinds of people and different positions, all working together, which is fascinating.'
Eurojust has had an association with Finland since the end of the '90s. The discussion on the establishment of a judicial cooperation unit was first introduced at a European Council meeting in Tampere, Finland, on 15 and 16 October 1999, attended by heads of state and government. This meeting was dedicated to the creation of an area of freedom, security and justice in the European Union, based on solidarity and on the reinforcement of the fight against trans-border crime by consolidating cooperation among authorities.
Ms Limingoja joins Eurojust as National Member at an exciting time, the beginning of the Finnish Presidency. For further information on Finland, the Finnish Presidency and the Finnish Desk at Eurojust, please see the Finnish country profile on Eurojust's website.