​ Ms Věra Jourová, European Commissioner for Justice, Consumers and Gender Equality, met today at Eurojust, the EU’s Judicial Cooperation Unit, with President Ladislav Hamran to discuss efforts to strengthen the fight against cross-border crime and budgetary matters. Ms Jourová and Mr Hamran also elaborated on the reinforced role of Eurojust under the new Eurojust Regulation, as well as on the next steps in the implementation of the Digital Criminal Justice initiative. 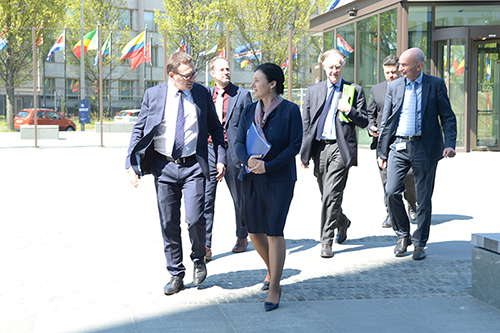 Mr Hamran pointed out: ‘We are delighted to welcome Ms Jourová to Eurojust again and highly appreciate her support to our mandate and mission. Eurojust’s caseload is steadily climbing and is expected to grow even more in the following years. However, the budgetary constraints that we are facing pose a major challenge to continuing our successful work and protecting European citizens from cross-border organised crime.’

Ms Jourová said: ‘Eurojust proves that when national authorities are provided with the right support, we are more than the sum of our parts. I am very proud of Eurojust successes in the fight against cross-border crime, including terrorism, child exploitation and human trafficking. I am pleased to visit Eurojust again and offer my full support to its work.’ 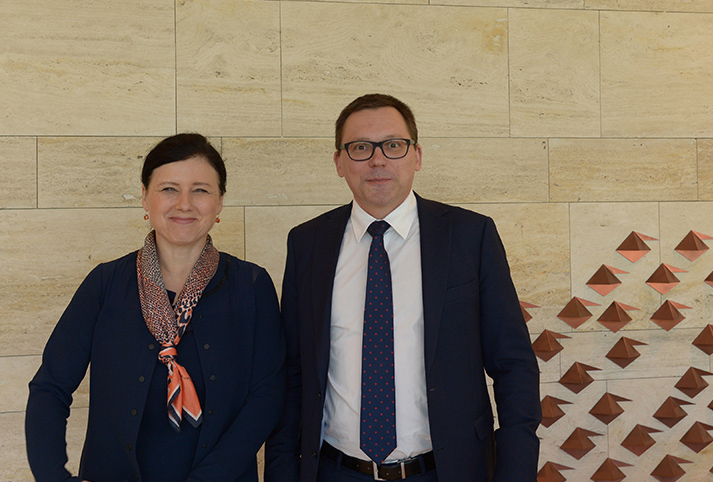 The discussions centred on the core work of Eurojust. Commissioner Jourová stressed the importance of the Digital Criminal Justice initiative in establishing an automated and secure system for the exchange of data and evidence between judicial and law enforcement agencies and national authorities.

Mr Hamran stated that the Eurojust Regulation, which sets up Eurojust as the EU Agency for Criminal Justice Cooperation, will become applicable as of December 2019. The Regulation will reinforce the important role of Eurojust in supporting national authorities in their investigations and prosecutions and building trust between them, as it provides for enhanced capabilities in Eurojust’s operational work.

Ms Jourová and Mr Hamran also discussed Eurojust’s budget for the coming years, especially in the context of the next EU Multiannual Financial Framework (MFF) for 2021-2027.