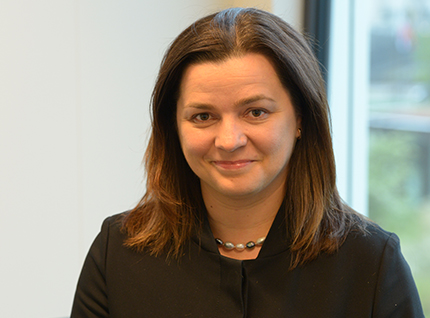 Ms Dagmara Skudra joined Eurojust on 1 May. She replaced Gunars Bundzis, who was National Member for Latvia from May 2004 until his retirement in April 2019.

From 2004 to 2013, Ms Skudra was, in addition to her duties in the Prosecutor General's Office, also Deputy to the National Member of Latvia at Eurojust. Since 2012, she has been a European Judicial Network Contact Point. She has also represented Latvia on the Consultative Council of European Prosecutors since 2017.

Upon her arrival at Eurojust, Ms Skudra said: 'I am pleased to be joining my colleagues in the College as National Member for Latvia. My association with Eurojust goes back a long way, and I look forward to continuing the good work of my predecessor, who served from the very beginning of Latvia's membership in the European Union. My familiarity with Eurojust and the EJN, as well as my many years in international cooperation, have prepared me for this next step in my career.'