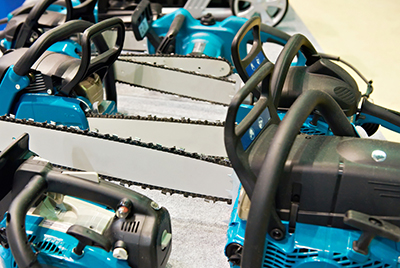 French and Romanian authorities have cracked down on a criminal group, involved in the organised large-scale theft of big tools, such as chainsaws, from stores in France, with an estimated value of EUR 1 million. With the support of Eurojust, 9 suspects were arrested in 10 cities in Romania in a simultaneous action by the Romanian Police and French officers from the Research Section of the Besançon Police and the Central Office for the Fight Against Itinerant Delinquency. European Arrest Warrants against another 9 suspects are still pending. During the action, 35 house searches were conducted, with the deployment of nearly 270 law enforcement officers and representatives from both countries.

Between January 2017 and August 2018, more than 80 French hardware and do-it-yourself stores were targeted by the gang, which sold the stolen equipment in Romania. Their activities were planned and organised from Romania. In France, the operation was coordinated by the High Court of Besançon (TGI) in close cooperation with the Romanian Directorate for Investigating Organized Crime and Terrorism (DIICOT). Eurojust provided assistance and helped in coordinating the deployment of French officers in Romania.