At the request of the Swiss authorities, Eurojust has coordinated an action day against large-scale piracy and copyright infringements via the illegal streaming of television series and films, operating in Switzerland. In total, 11 servers have been taken down in France, Germany, Monaco, The Netherlands and Switzerland, all offering illegal access to films and TV series without the consent of the rights-holders and depriving the legitimate businesses of over EUR 1.9 million. In the operation, three suspects were arrested by the Swiss authorities, the website promoting the illegal service blocked and eight bank accounts in Switzerland seized. 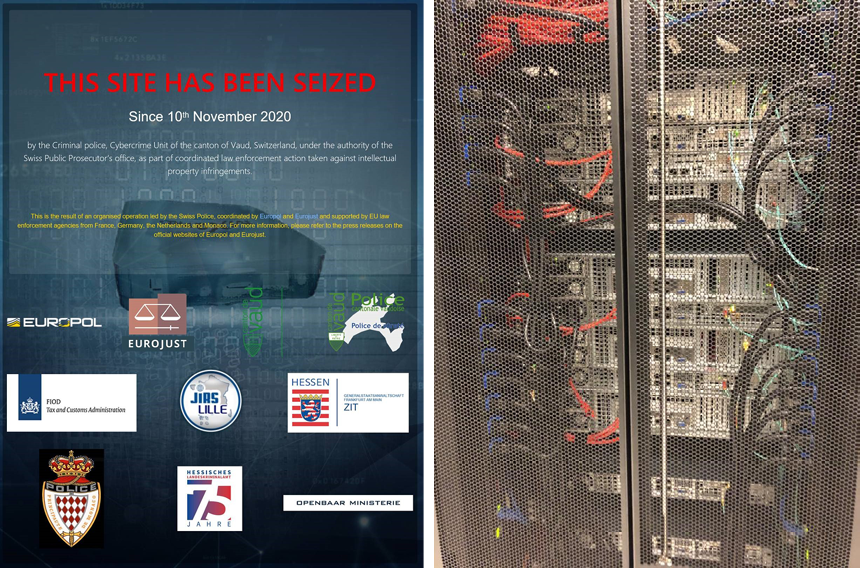 Eurojust organised the action day and ensured coordination between the various authorities involved, with support from Europol. Prior to the action day, a coordination meeting was held and following the swift execution of Mutual Legal Assistance requests, nine places were searched and computer equipment and communication tools were seized.

American film studios had lodged complaints with the Swiss authorities regarding the so-called K-boxes which were used for illegal audiovisual streaming services in more than 20.000 households. These illegally sold set-top boxes were used to screen around 82.000 episodes of television series and films offered via a website promoted on social media. The crime in Switzerland is copyright infringement, the penalty for which is a custodial sentence not exceeding five years. The custodial sentence must be combined with a monetary penalty.

The operation in Switzerland was led by the Public Prosecutor’s Office (PPO) of the canton of Vaud and the Cybercrime Division of the Police de Sûreté. Assistance was provided by seven PPOs and over thirty police officers in France, Germany, Monaco and The Netherlands.

As a third State, Switzerland has a Liaison Prosecutor at Eurojust and can open cases concerning EU Member States or other third States, requesting judicial coordination and cooperation for major cross-border criminal activities.