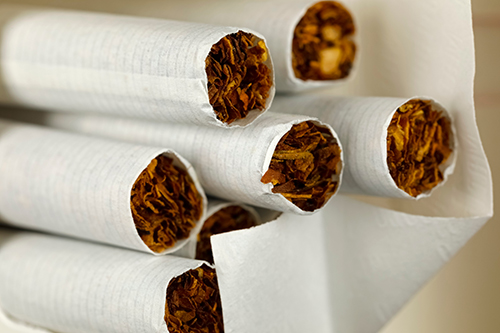 On 15 November, coordinated action was taken against an Italian organised crime group (OCG) involved in the smuggling of cigarettes from Eastern European countries into Italy. Eight people were arrested, and assets totalling EUR 15 million were seized during searches in two countries.

In a complicated scheme, the cigarettes were stolen from a factory, with a destination in Libya listed as the recipient. The goods were indicated on the fraudulent paperwork as having travelled through Italy, thus receiving a special tax exemption. Once in Italy, the tobacco was unloaded and a false container with empty boxes continued on to Libya. The cigarettes were resold in Italy on the black market.

The successful action could not have been carried out without the valuable cooperation of the Romanian authorities, and the coordinating role of Eurojust in the execution of two European Arrest Warrants and one European Investigation Order in Romania at the request of the Public Prosecution Office of Naples.