Eurojust, the European Union Agency for Criminal Justice Cooperation, is a unique hub based in The Hague, the Netherlands, where national judicial authorities work closely together to fight serious organised cross-border crime. The role of Eurojust is to help make Europe a safer place by coordinating the work of national authorities – from the EU Member States as well as third States – in investigating and prosecuting transnational crime.

Each participating EU Member State seconds a National Member to Eurojust. The National Members form the College of Eurojust, which is responsible for the Agency’s operational work. The College, in turn, is supported by the Eurojust Administration, which includes, among others, case analysts, legal advisors and data experts. The Agency’s custom-built premises provide secure meeting facilities with possibilities for interpretation into all EU languages and a meeting room specifically developed for coordination centres, from which joint action days can be monitored and coordinated in real time.

Eurojust has developed a cohesive international network that grants prosecutors around the European Union access to more than 50 jurisdictions worldwide. The Agency has signed cooperation agreements with a dozen non-EU states, several of which have seconded Liaison Prosecutors to Eurojust to work on cases with their counterparts in the College. Eurojust also works closely with other EU agencies and partners that support the various stages in the criminal justice chain, including law enforcement and anti-fraud bodies. 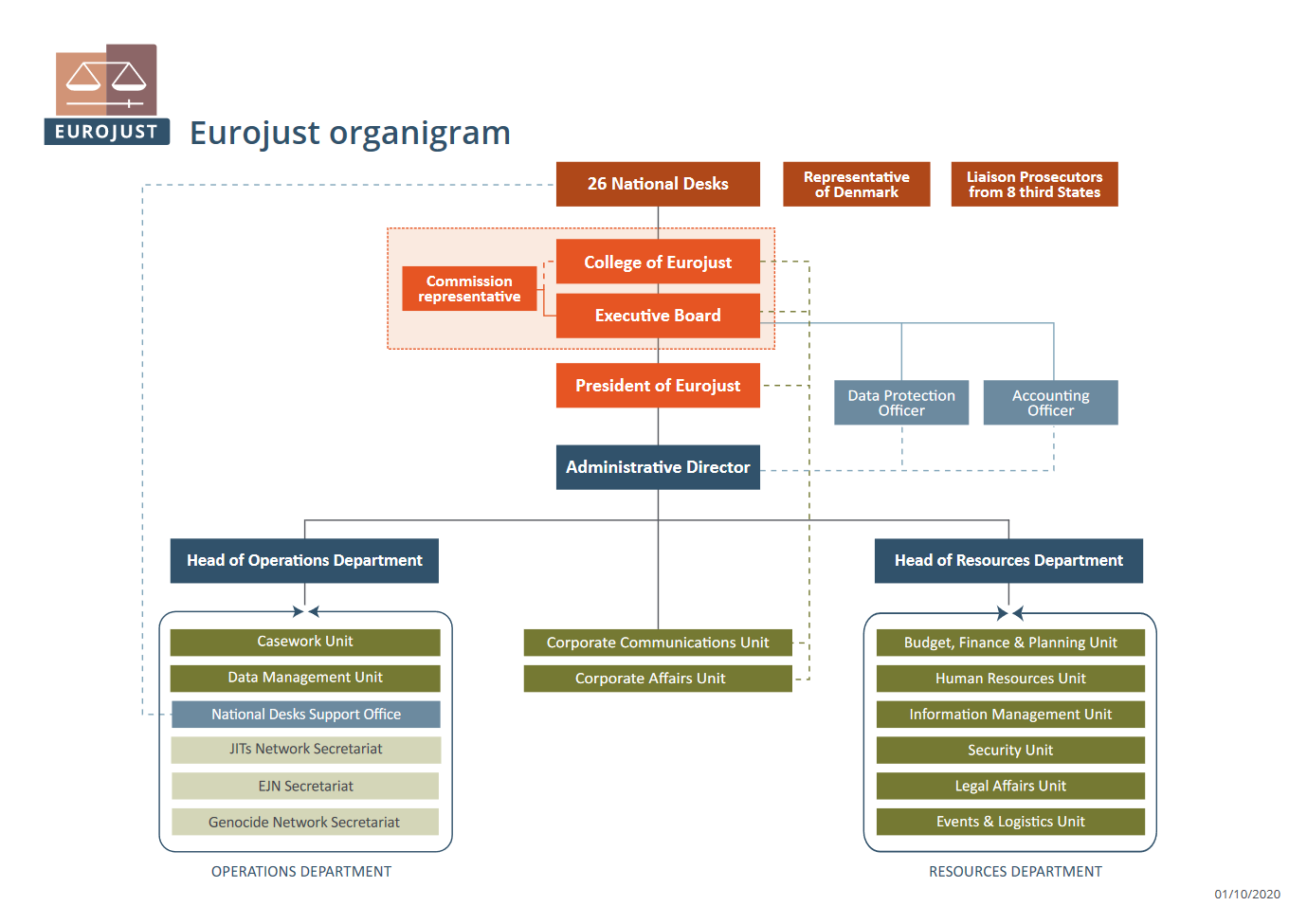