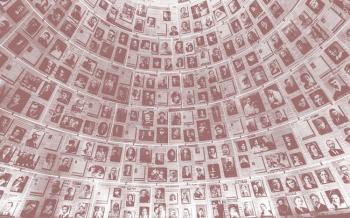 The crime of genocide, crimes against humanity and war crimes, known collectively as core international crimes, threaten the peace, security and well-being of our world. While today’s conflicts and atrocities largely take place outside EU borders, their impact is keenly felt within the Member States. Under international law, the primary responsibility to investigate and prosecute these heinous crimes falls on national authorities.

The escalation of nearby conflicts in the European Union’s wider neighbourhood, combined with the influx of refugees to the Member States in recent years, has left States struggling to manage a growing number of challenging cross-border cases.

Successful investigations are built on specialist knowledge and close coordination between national authorities, and often require the gathering of evidence scattered across different countries. Most cases require interactions with third States and international partners.

States exercise their jurisdiction over these crimes based on the principle of nationality (of a perpetrator or victim) or on the principle of extraterritorial (universal) jurisdiction. The latter enables prosecution of a perpetrator regardless of his or her nationality or that of their victims, subject to certain conditions such as presence or residence in the State of prosecution.

Combined with inflows of refugees to the Member State, the recent escalation of nearby conflicts in Syria and Northern Iraq, as well as more distant locations such as Rwanda, Sierra Leone and the Democratic Re-public of Congo, has brought these crimes increasingly within the scope of Europe’s judiciary. These recent or ongoing crimes may directly implicate EU nationals, such as those committed by foreign terrorist fighters (FTFs). Alternatively, citizens of Member States may be involved in investigations as witnesses of the committed offences, or even as victims.

As core international crimes are not statute-barred, a number of investigations concerning cases pertaining to the Second World War or to the former communist regimes of Eastern Europe remain ongoing. Additionally, there are ongoing cases relating to the war in former Yugoslavia. Jurisdiction for cases committed in the Member States is based on the principle of territoriality.

Finally, Member States may receive requests for mutual legal assistance relating to core international crimes not linked with their territory, but for the purpose of collecting evidence (for instance, financial or bank information) or the seizure of proceeds of crimes committed abroad.

Eurojust and the Genocide Network

A growing caseload has brought to light the challenges presented at national level by complex cross-border assignments. Investigators and prosecutors may face obstacles in establishing jurisdiction, linking a perpetrator with a crime scene, gathering evidence and finding witnesses. They are often restricted from visiting States where crimes have been committed, preventing them from locating evidence and interviewing witnesses.

Frequent links with other types of crimes, including terrorism, migrant smuggling and human trafficking, trafficking of diamonds and other natural resources, and money laundering present further challenges. These obstacles demand a coordinated approach, with national authorities working together and sharing resources under a cohesive strategy.

Working out of Eurojust’s premises in The Hague, their role involves cooperating with practitioners in the field, as well as NGOs and international bodies, such as the International Criminal Court (ICC) or the International, Impartial and Independent Mechanism for Syria (UN IIIM), to ensure best practice and serve as a central hub for information and knowledge-sharing during cases.

Find here more information on how Eurojust and the Genocide Network support national authorities in their investigations and prosecutions. Additionally, this factsheet provides a comprehensive overview of the successful cooperation, case examples and information on the EU Day against Impunity.