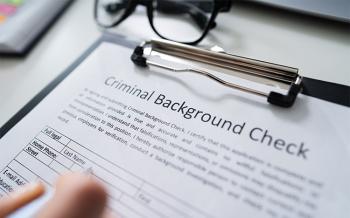 During criminal proceedings, Member States’ judicial authorities should take into account previous convictions handed down against the same person for different facts in other Member States, irrespective of the nationality of the person concerned. This need concerns decisions taken at the pre-trial stage, the trial itself and at the time of execution of the conviction.

In criminal proceedings, there is a possibility of courts passing sentences against offenders based exclusively on convictions listed within that country’s national register, without taking into account convictions handed down in other Member States. This creates, inter alia, a risk of offenders being given lesser sentences due to their criminal history being incomplete, or criminals escaping conviction by moving to another EU country.

The European Criminal Records Information System (ECRIS), operational since April 2012, provides an electronic exchange of criminal record information on a decentralised basis between Member States. It allows Member States’ criminal records authorities to obtain information on previous convictions of EU nationals from the Member State of that person's nationality. Eurojust has also been involved in the discussions on the establishment of the ECRIS-TCN database to facilitate the exchange, within the European Union, of information on criminal records of third-country nationals convicted in the European Union. Once developed, Eurojust will have direct access to the ECRIS-TCN database for its own casework purposes and will serve as Contact Point for third countries and international organisations in relation to this matter.

The database provides judges and prosecutors with access to comprehensive information on the criminal history of persons concerned, including details of the EU State(s) in which the person has previously been convicted. Further, ECRIS removes the possibility of offenders escaping conviction by moving between the different countries of the European Union.

Following the creation of ECRIS, authorities in Member States expressed the need for an additional database containing the past convictions of third-country nationals. Eurojust was involved in the draft Regulation on the new centralised database, ECRIS Third Country National (ECRIS-TCN). The ECRIS-TCN Regulation, adopted in March 2019, aims to improve the exchange of information in regard to criminal records of non-EU nationals convicted in the European Union. Following its development, the ECRIS-TCN database will:

In addition to Member State judges and prosecutors, Eurojust, as well as Europol and the future European Public Prosecutor's Office (EPPO), will have direct access to the ECRIS-TCN database for the purpose of fulfilling its tasks. Moreover, Eurojust will be the Contact Point for third countries and international organisations in relation to the database and its use.