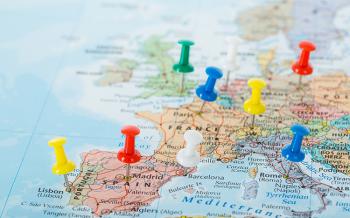 As part of its mission to facilitate judicial cooperation, Eurojust often assists national authorities in areas such as conflicts of jurisdiction and transfer of proceedings, as well as cases involving potential ne bis in idem issues. Eurojust helps facilitate preliminary contacts and consultations between competent authorities, coordinate their actions, encourage and expedite the exchange of information, and advise on which jurisdiction is the better placed to prosecute in the best interest of justice. For the latter, Eurojust has published a set of guidelines to help national authorities determine which jurisdiction is better placed to prosecute, which can be accessed here.

Conflicts of jurisdiction ) may arise from parallel investigations without any coordination between the different Member States’ national authorities involved. In general, a solution in such cases will involve the respective competent authorities agreeing to concentrate proceedings (or parts hereof) in a single jurisdiction, for example through means of transfer to the agreed-upon State.

Further information on these issues, and Eurojust’s role, can also be found in the Report on Eurojust’s casework in the field of prevention and resolution of conflicts of jurisdiction, which can be accessed here.

Eurojust has published a document, Case law by the Court of Justice of the European Union on the principle of ne bis in idem in criminal matters, to provide further information on the case law of the CJEU, and also offers guidance in the application of the principle in a transnational context. The most recent version of the document can be accessed here.