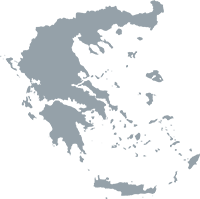 The Greek Desk is headed by Paraskevas (Paris) Adamis, who is the National Member for Greece since September 2017.

Paraskevas (Paris) Adamis was appointed National Member for Greece in September 2017. Dr Adamis is a public prosecutor since 2000 and has served, among other positions, as Economic Prosecutor and S.I.Re.N.E. Prosecutor in Greece. He has been awarded an LLM and a master’s degree by the University of East London, followed by a PhD from Athens University. Mr Adamis was initially elected as vice-president of the Hellenic Association of Prosecutors and, in 2016, as Secretary General. Currently, he is a member of the Executive Committee of the International Association of Prosecutors (IAP). He has written many papers as well as two books on legal topics. He is also the Greek contact point for EuroMed Justice (EMJ).

Panagiotis Maniatis was appointed Deputy National Member for Greece in September 2017. Mr Maniatis holds a bachelor’s degree in law from the University of Athens, as well as two master’s degrees (‘D.E.S. in European and International Law’ and ‘Master's Degree in Criminal Law and Criminology’). He entered the legal professions working at the European Parliament, the Hellenic Ministry of Foreign Affairs and in private law practice. He joined the Public Prosecution Service in 2005 and was promoted to Chief Prosecutor in 2018. He has been assigned, as the Greek national member, to many European, international and regional committees on judicial cooperation in criminal matters under the auspices of the European Union, the Council of Europe, the United Nations Office on Drugs and Crime (UNODC) and the Southeast European Law Enforcement Center (SELEC). Between 2012 and 2015, he has been the national Maritime Piracy Prosecutor. He participated, as external national expert, in several European, international and regional cooperation projects run by the European Commission, the Council of Europe, the UNODC and Interpol. He was also assigned to many national experts’ committees for the assessment of the country on different thematic areas, as well as to national law-making committees. His practical expertise focuses mainly on the areas of facilitation of illegal immigration, trafficking in human beings, maritime piracy, international terrorism and transport-related terrorism offences, corruption and money laundering, mechanisms and tools of international judicial cooperation and international protection of human rights. He is the author of many papers and articles on different legal topics. He is fluent in English, French and German.

What I find particularly important and exciting is the opportunity that Eurojust offers to meet personally my counterpart colleagues and work with them side by side in complicated cases. This unique way of collaboration can also be extended to our colleagues working on important cases back in our countries.

One of our most important cases involved stopping migrant smuggling by leisure boats on the Adriatic Sea.
Since November 2018, a migrant smuggling ring had been transporting 140 migrants from the west of Greece via the Strait of Corfu to the southern Italian coast. Migrants, including minors under the age of 13, paid up to EUR 6 000.

In early 2019, two coordination meetings to exchange information and evidence were held at Eurojust. Eurojust encouraged national authorities to set up a joint investigation team (JIT), which was created in March, becoming the first of its kind between the two countries to investigate a case of migrant smuggling.
In December 2019, Greek and Italian authorities held a joint action day, coordinated from Eurojust’s premises and supported by the European Migrant Smuggling Centre and Joint Operations Team MARE of Europol, which actively supported the operation by providing intelligence and sharing information.

Eight suspects were arrested, and 13 searches took place to secure evidence. Nine migrants, including minors, ready to be transported by the smugglers, were found.

I believe that coordination meetings and the possibility to organise joint action days through Eurojust are of intrinsic value to our national authorities. These tools enable authorities to broadly extend their investigations in other jurisdictions and ensure a well-organised and effective operational action across the countries involved when the right time comes. For the same reasons, the formation of JITs is also an important tool in establishing close and direct mutual collaboration between the different national authorities involved in cases.

The Greek Desk at Eurojust may be contacted via the competent National Authority, i.e. the territorially competent Public Prosecution Office of Appeals. Please find relevant contact details in the following link:
https://www.ministryofjustice.gr/?page_id=895