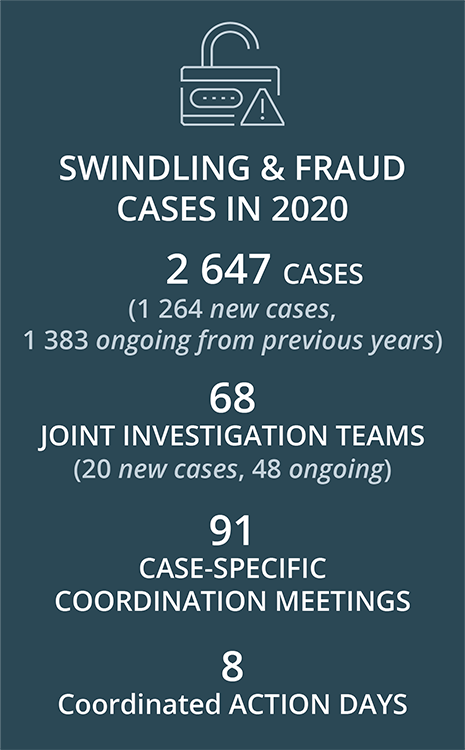 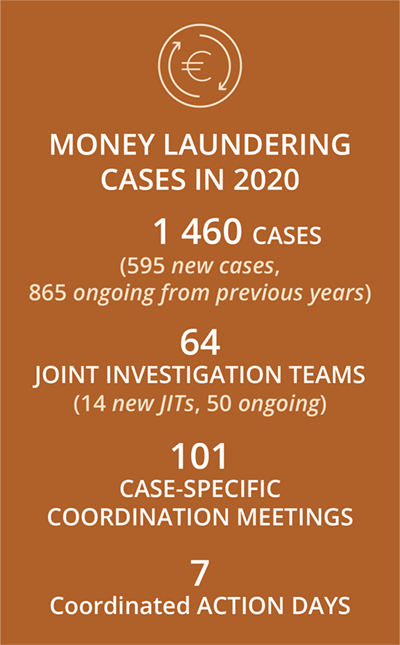 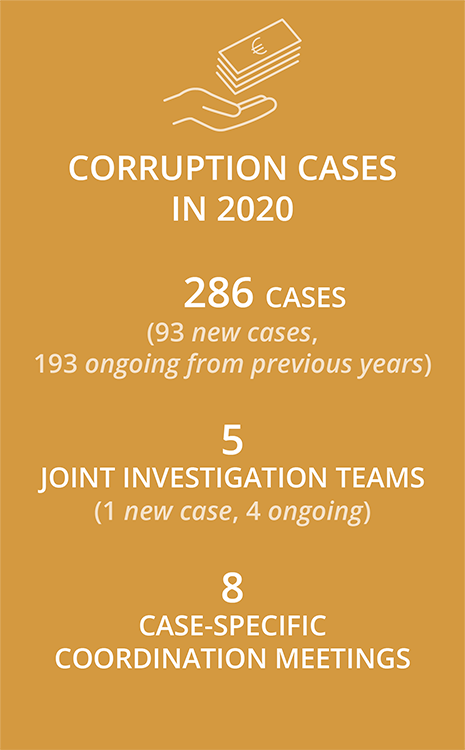 Corruption undermines the functioning of the state and public authorities at all levels and is a key enabler of organised crime. 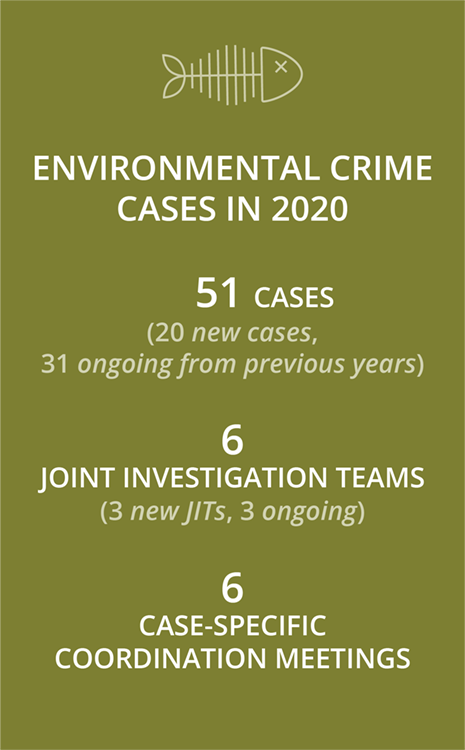 Environmental crime is the fourth-largest criminal activity in the world, growing at a rate of between 5% and 7% per year, according to an Interpol and UN Environment Programme estimate. This increase, combined with the organised, transnational nature of environmental crime, requires administrative, law enforcement and judicial authorities to adopt a coordinated approach at national and international level.

A new casework report on environmental crime, prepared during 2020 and published in January 2021, showed that early Eurojust involvement allows for effective international cooperation, coordination from the start of investigations, the effective exchange of information and the development of common strategies.

Eurojust supports national judicial authorities in dealing with infringements of intellectual property rights, which are often related to other crime types such as tax fraud, cybercrime, crimes against human health or trafficking in substandard products.

Eurojust supported a growing number of large cases tackling this form of crime in 2020, notably several large-scale operations tackling illegal online streaming services and pirate-copied movies and TV series, including Operation Sundance, initiated by the Liaison Prosecutor of the USA. Another major coordinated action concerned ‘K boxes’ used for illegal audiovisual streaming services in more than 20.000 households and was initiated at the request of the Liaison Prosecutor of Switzerland.

Successful action against VAT fraud in trade of used cars