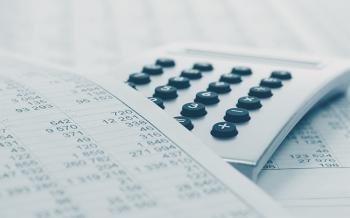 The annual accounts of Eurojust are a statutory report containing financial information on the activities of the year, the assets and liabilities, the revenue and expenditure of Eurojust. Their objective is to demonstrate the entity’s accountability for the resources entrusted to it. They are prepared for each financial year running from 1 January to 31 December and comprise the financial statements and the budget implementation reports.

The annual accounts are drawn up under the responsibility of the Administrative Director in accordance with the Eurojust Regulation and with the Financial Regulation applicable to Eurojust. The annual accounts need to present fairly, in all material respects, Eurojust’s financial position and the results of its operations and cash flows for the year ended 31 December, in accordance with the provisions of the Financial Regulation applicable to Eurojust and the EU Accounting Rules as adopted by the European Commission’s Accounting Officer.

Eurojust produces its provisional annual accounts for the year ended 31 December by no later than 1 March of the following year. Following the audit by the European Court of Auditors, the final annual accounts are issued by 1 July and published by 15 November, together with the opinions of the Executive Board and the Court.

The annual accounts play an important role in the discharge of Eurojust in respect of the implementation of the budget and are subject to the ‘Statement of Assurance’ where the Court expresses its opinion about the reliability of the accounts and the legality and regularity of the financial management. Following the audit and finalisation of the annual accounts, it falls to the Council to recommend and then to the European Parliament to give a discharge to Eurojust for a given financial year. The discharge is a political message that means that the Parliament accepts that Eurojust has managed the budget well, usually accompanied by recommendations on how to do better in the future.