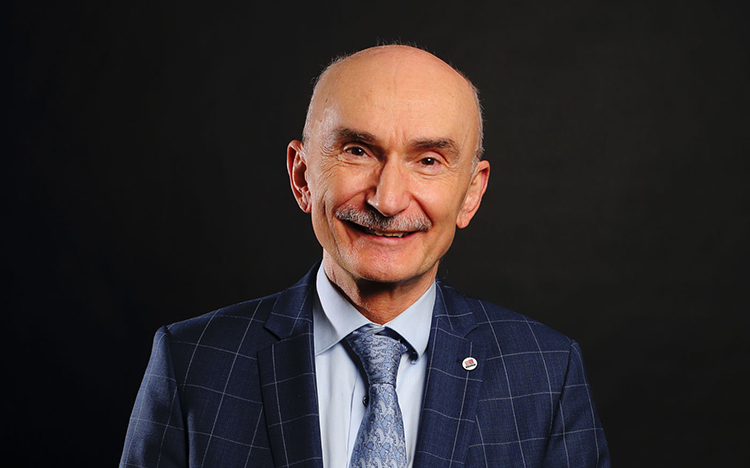 Eurojust’s Administrative Director is appointed by the College from a list of candidates proposed by the Executive Board. His or her term of office lasts four years, with a term limit of two terms.

Mr Panagiotopoulos was born in Greece. He was awarded a Bachelor of Arts, Honours Political Science, Concordia University (1982), a Bachelor of Laws LLB, McGill University (1985), a Master’s degree in European Administration and Policy, Panteion University (2002), and a Post-Graduate Certificate in Human Resource Management, after having successfully completed a work-based programme co-organised by the European Commission and the University of Kingston (2014).

Mr Panagiotopoulos’ professional experience spans over 30 years, having served in both national and EU administrations in areas of human resources, budgeting and auditing. He chaired the Council Working Group on Staff Regulations during the Greek Presidency in 2003, ensuring that a political compromise was reached on the first major revision of the Staff Regulations in 50 years. This revision was foreseen in the White Paper for the Reform of the European Commission. In 2006, he was appointed Chairperson of the European Commission Task Force for the Simplification of Administrative Procedures, an initiative of then Vice-President, Mr Siim Kallas.

As Head of the Human Resources Unit at Eurojust, Mr Panagiotopoulos was responsible for the reorganisation of the unit and a change of its strategy, focusing on providing staff with professional customer-oriented services. As Administrative Director ad interim, he designed and implemented the first major reorganisation of the Administration, with a view to ensuring efficiencies and synergies, and focusing on supporting the operational activities of Eurojust.