4.2.2 In-depth analysis of the first years of the application of the European Investigation Order

The European Investigation Order Directive, which establishes a single regime for obtaining evidence held and gathered in another EU Member State, applies to all EU Member States bound by it (Ireland and Denmark are not bound by it).

In 2020, 1 772 new cases coordinated through Eurojust included EIOs, both bilateral and multilateral. These included different aspects of the EIO and/or different phases in the life cycle of an EIO, including its scope, content, form and language, how they are issued and transmitted, recognised and executed, and cases concerning EIOs requesting specific investigative measures. Issues, however, still arise in practice, and Eurojust has played an important role in facilitating cooperation and ensuring coordination, especially when dealing with urgent and/or complex cases.

In November 2020, Eurojust published its Report on Eurojust’s casework in the field of the European Investigation Order. The report is primarily based on the analysis of cases addressing issues related to the EIO registered at Eurojust between May 2017 and May 2019 and input from Eurojust National Desks. It identifies solutions and best practice but also stresses some challenges that one should be aware of and sets out several conclusions and recommendations. For example, the need to further clarify the scope of the EIO Directive as well as the scope and meaning of several crucial concepts such as the interception of telecommunications, the temporary transfer to the issuing state, the speciality rule or cross-border surveillance. Other important aspects identified concern a correct and restrictive interpretation of the grounds for non-execution and advice on how to speed up the execution of EIOs, address language issues and ensure coordination of the execution of EIOs in different Member States, possibly together with other instruments. 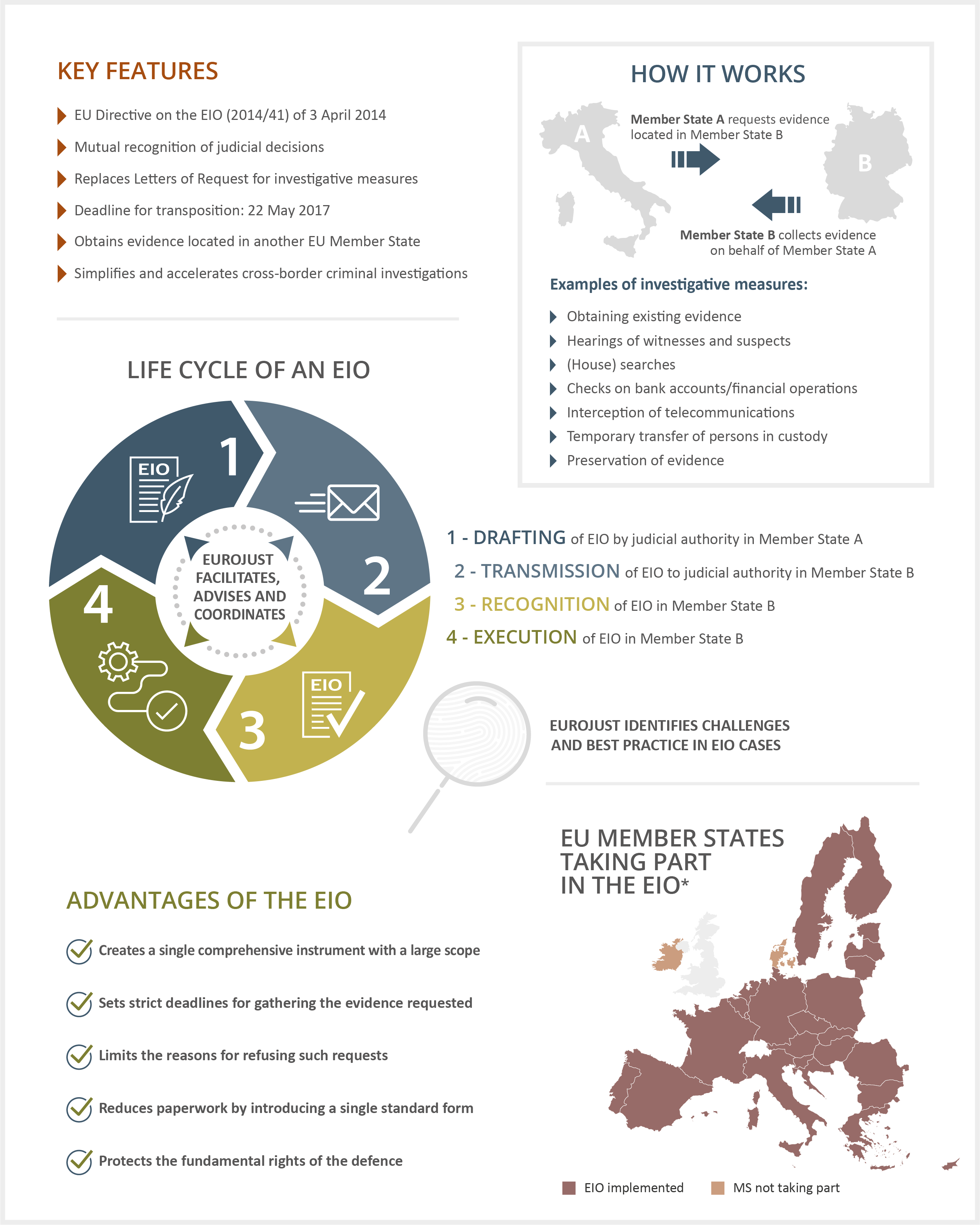